With Doritos recruiting rappers to advertise their newest flavors recently, it was only a matter of time before the only snack brand that actually draws its appeal from rappers upped the ante. Rap Snacks, the brand of rapper-branded potato chips that actually slaps characters like Lil Yachty, Migos, and Trina on its bags, teamed up with rap’s woman of the hour, Cardi B, to unleash a slew a new flavors featuring the Best Rap Album Grammy award winner.

The flavors include two different options of potato chips and two for popcorn. In chips, the brand is offering Cheddar Bar-B-Que and wavy Jerk BBQ flavors, while the popcorn bites include Honey Drip butter popcorn and Habanero hot cheese popcorn. All four bags feature a caricature of Cardi B’s Invasion Of Privacy cover photo with different colored hair to reflect the packaging of each flavor. You can check out pictures for each bag below. 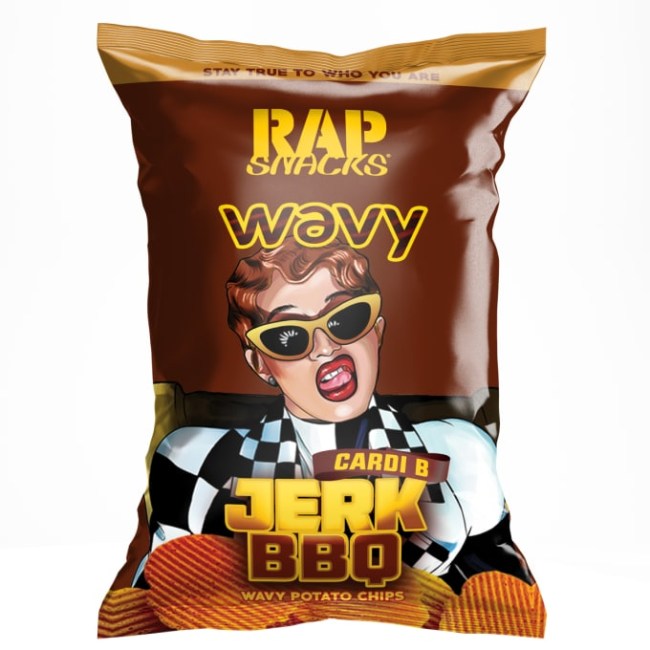 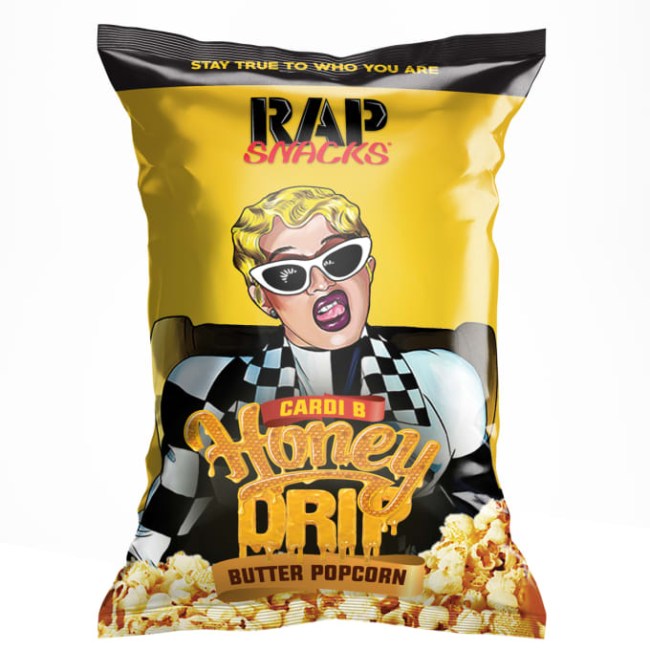 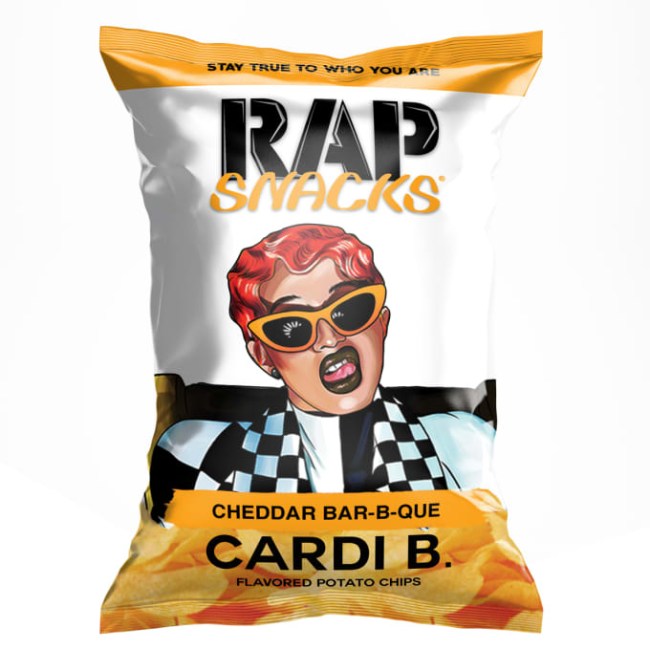 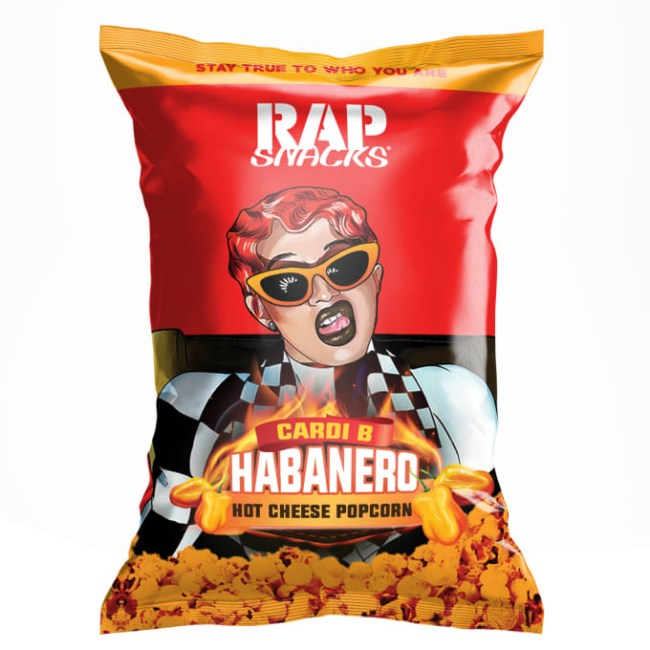 Cardi made history at the 61st Grammy Awards ceremony when she became the first woman to win the award for Best Rap Album, building on a legacy left behind by Lauryn Hill, who as part of The Fugees for The Score in 1997, and prior nominees like Eve, Iggy Azalea, Missy Elliott, Nicki Minaj, and Rapsody, many of whom praised Cardi for the historic win.