Foo Fighters’ July 4 show in Washington, D.C. – the band’s first since Dave Grohl broke his leg in June – was full of memorable moments. But the thing everyone seemingly wanted to talk about after the show was that chair Grohl was sitting on, unable to move due to his continued recovery. During a pause in the show Saturday, Grohl explained how the throne came to be, and it turns out the creation was the result of a lot of Oxycontin, as you can see in the video above.

So I took a couple Oxys – don’t touch that sh*t – and I drew a picture. I said “you know what, if we’re gonna go out and do that Washington, D.C. show …” I was high as a f*cking kite when I drew that picture! I said “I’m not missing that show for the world, you build me that throne and we’ll play Washington, D.C.”

Would have made a pretty good verse for Afroman.

Here’s the full drawing, in case you couldn’t catch it in the video. 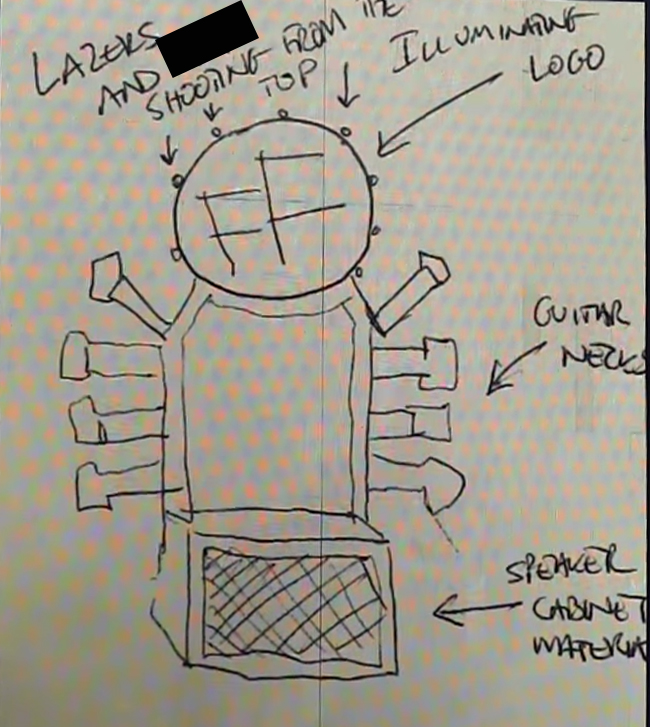