The world seemed to gasp a bit earlier when rumors of a Foo Fighters break up made their way around online, fueled by a Page Six report that said drummer Taylor Hawkins was upset by Dave Grohl’s recent solo outings. The shock was almost too much to stand and many outlets took it as a sign that the group was finished.

That might not be the case, according to this very hilarious and very timely clip from the band. Not only has Dave Grohl apparently gone Hollywood, the rest of the band has already found a prime replacement for him. Not David Coverdale or Sammy Hagar — guys who know a bit about filling in for a lead singer in exile — but 98 Degrees member/leader Nick Lachey. The best part is that he isn’t laughed out of the room immediately and actually sounds pretty good.

Grohl doesn’t need the rest of his band to create awesome music anyway, especially with the support of Butch Vig by his side. All of the magic is right there in his finger, likely to be classified as a dangerous weapon. But even so, it all looks like it is a little bit of fun. The very blunt message at the end of the video drives that message home: 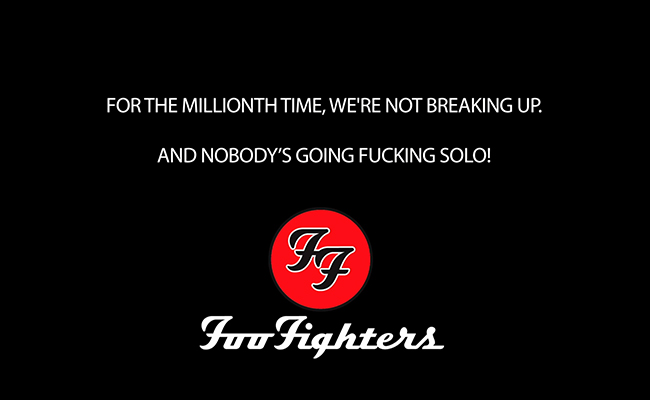 They do deserve a break, even if getting spinning headlines is something one should never get tired of.