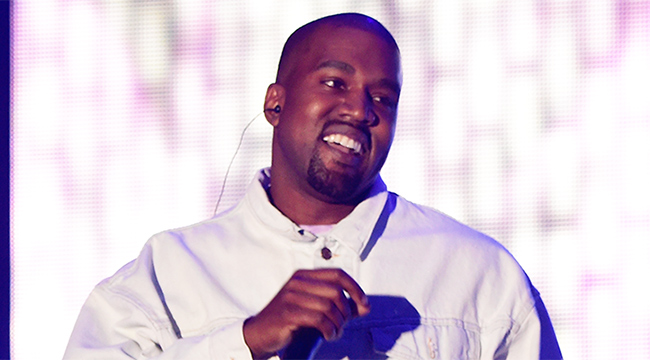 Kanye West picked the most Kanye song to release as a video from The Life of Pablo, the latest album by Kanye West.

Rap’s resident genius premiered his new visual for “Famous” on Friday live at exclusive premiere event at the world famous LA Forum, which was simulatenously livestreamed on Tidal for fans everywhere to tune in. The move is similar to the live-listening/aux cord party held at Madison Square Garden earlier in the year when he first released Pablo… as part of his Yeezy Season 3 fashion show. The event was also streamed in theaters across the country.

The song itself hasn’t been without its share of controversy due to the prickly line “I feel like me and Taylor might still have sex/Why? I made that b*tch famous” in reference to the pop singer. The jab by ‘Ye set off a he-say, she-say about whether Swift actually knew about the line before the song was released. Most recently, West’s wife Kim Kardashian attempted to out Swift by telling GQ Swift “totally approved” Kanye referencing her, which Swift’s side firmly denied.

Kanye recently announced The Saint Pablo Tour in support of the album. His cross-country voyage begins on August 25 and will make stops in close to 40 cities across the U.S. and Canada.

Visit Tidal to watch the video.