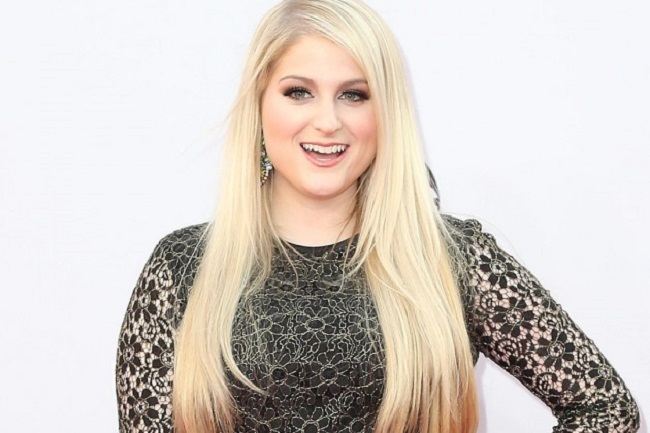 With her breakout hit “All About That Bass,” Meghan Trainor established her brand right off the bat. Her body type is outside of the “traditional” female pop star norm, and she’s happy to be a role model for those who feel like outsiders. And with her second album, Thank You, dropping this week, Trainor was looking to make the big promo push with her new video for “Me Too” on this week. However, that release turned out to be short-lived.

Why? Because Trainor didn’t like that she was digitally altered in the new clip, specifically on her waist. So the “No” singer immediately went to her label and had the clip yanked off the internet. Trainor went onto Snapchat, like a young person would, to explain why she took the video down:

“Hey guys, I took down the ‘Me Too’ video because they photoshopped the crap out of me. And I’m so sick of it and I’m over it, so I took it down until they fix it. My waist is not that teeny, I had a bomb waist that night, I don’t know why they didn’t like my waist, but I didn’t approve that video and it went out for the world, so I’m embarrassed.”

Obviously, a lot of “photoshopping” and image editing goes on in music, but it’s often at the behest of the star. In the end, the decision should be theirs, and if Trainor wants her image, and her waistline, unaltered, that’s the way it should be. Good on Trainor for standing up for herself, and her self-image, and, in honor of her stance, we shall overlook the fact that she also said she told them to fix and re-upload the video “A$AP Rocky”… this one time.