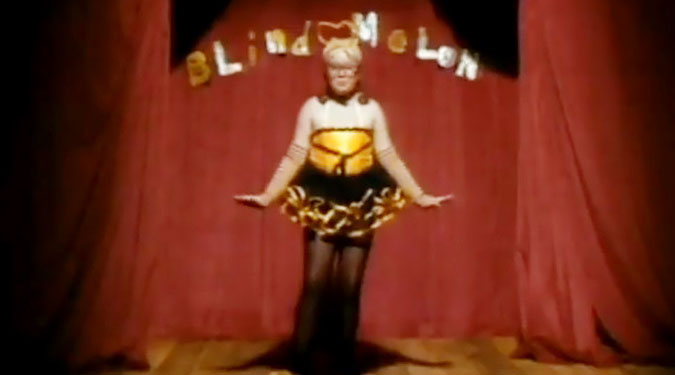 Most people remember Blind Melon for the indelible classic “No Rain” and not much more, which is a shame because the band’s two studio albums are way too good for them to be relegated to one-hit wonder status. If not for singer Shannon Hoon’s overdose death in 1995, the group could have been one of the best of the decade.

The 20th anniversary of Hoon’s death is coming later this year, and there’s a Kickstarter campaign for a documentary on the band promising footage that Hoon shot himself. Time is running out on the campaign, and there’s a long way to go before its goal is reached, so some all-stars chipped in to help raise awareness for the documentary by recording Blind Melon covers. Below, hear My Morning Jacket’s Jim James (“Sleepyhouse”), The Gaslight Anthem’s Brian Fallon (“Mouthful of Cavities”), and The Avett Brothers’ Seth Avett (“St. Andrews’ Fall”) do their best approximations in the name of fundraising.

If it’s something you’re interested in, consider tossing a few bucks to help get the film made.