Listen To M.I.A., Jack White, And The Albums You Need To Hear This Week 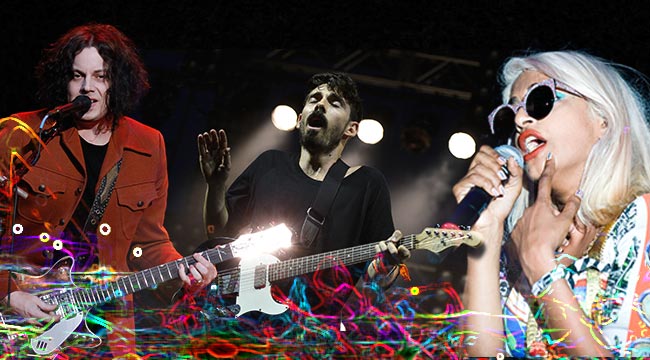 There’s a lot of looking back to the past in this week’s releases. M.I.A., someone whose radical and rebellious music defined the ’00s, perhaps is releasing her last LP ever this week, while Jack White is giving us a stroll down memory lane with his archival collection, and The Beatles are dropping a scream-filled live record. In addition to that, we’ve got great new efforts from Local Natives, Wilco, Grouplove, clipping., Nick Cave, and so many more. Here are the albums you need to hear this week.

If M.I.A. is to be believed, this is the last time we’ll be seeing her around these parts — these parts meaning album release columns. No one knows what plans Maya Arulpragasam has for her private life, but if this truly is her swan song, she has chosen to go global on her very last effort. AIM kicks right off with “Borders,” a screed against the Western world’s heavy influence on the globe at large. The record tackles issues of class, race, poverty and all the links in between, as M.I.A. says goodbye. And she does it all the while with some familiar partners on production like Diplo, Skrillex, Hit-Boy, and Polow da Don.

An artist like Jack White definitely seems like the type to have one of those iconic vaults with hours upon hours of undiscovered content. Acoustic Recordings 1998-2016 is simply a taste of this plunder with 26 tracks of rarities, B-sides, acoustic versions, and demos from the iconic ’00s axeman. When the White Stripes were first ascending up the charts and growing in popularity, there was this fear that White was consumed with aesthetic rather than actual songwriting. Of course, this was proven to be foolish over and over and over again, but Acoustic Recordings really drives the point home that he has more musical talent in his finger than most can ever wish to have.

On their third LP, Los Angeles indie rockers Local Natives have managed to strike the perfect balance between their first two efforts. 2010’s Gorilla Manor was a thunderous record with an undeniable rhythm and energy, while their follow up in 2013’s Hummingbird was a bit more of a breezy, open-sky daydreamer. Sunlit Youth finds the band harnessing their raw power and pinpointing it right when and where it needs to be detonated, with “Coins” being the perfect example of these two ideals coexisting. It’s funny that the group just covered Beyonce’s “All Night,” because she is the gold standard of exuding raw power with incredible grace. While no one is suggesting that Local Natives are on a Queen Bey level — who else is? — it’s clear that they’ve found their groove.