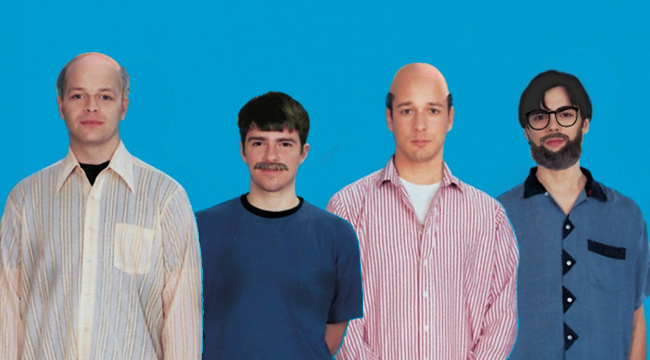 In Bowling for Soup’s “1985,” the song’s protagonist asks a tongue-in-cheek, yet prescient question: “when did Motley Crue become classic rock?” It’s a fitting remark for a character who has watched his youth quickly disappear and is wondering what happened to it. For what its worth, that song itself is now 12 years old. It all begs an important musical question: what precisely is “classic rock?”

Weezer just released their 10th album, another self-titled affair, back in May and it’s been 22 years since the Blue Album debuted and spoke to alienated kids everywhere. Pinkerton, another formative record for many, celebrates its 20th anniversary this year. With that information in mind, one can’t help but ask if an act like Weezer is classic rock now. It’s a question that also has to be asked about acts like the Red Hot Chili Peppers, who drop their 11th studio album, The Getaway, this month. It doesn’t seem like a fitting label for a band whose music was originally authored to speak directly to young people, but if bands who debuted in the ’70s were considered classic rock in the ’90s, shouldn’t bands who debuted in the ’90s be classic rock now? It’s a difficult question as the parameters on what constitutes the genre aren’t hard and fast. Acts from the ’90s like Alice in Chains and Nirvana are already getting played on classic rock radio, and RHCP might, but an act like Weezer probably would never get that same run.

Perhaps the genre of classic rock is defined by a specific vibe and sound. Annie Zaleski, a music writer who has written for Salon and The A.V. Club, describes classic rock to us as “more of an aesthetic than feeling,” than something that can be pinned down by dates and numbers.

“It’s often a case where you’ll know classic rock when you hear it,” Zaleski says. “Sometimes that’s because of a band’s influences. For example, Pearl Jam, Soundgarden and Black Crowes make sense as classic rock, since their inspirations are retro and historic. And plenty of young, modern bands could fit in with classic rock, simply because they imitate or pay homage to classic rock bands of yore.”

It’s fair to argue that “classic rock” refers to a specific type of music or a specific type of listener. To be sure, when I think of the term, I think of bands that came out in the ’70s and perhaps the early ’80s. To me, the quintessential classic rock song is Deep Purple’s “Highway Star.” But that might have a lot to do with when I was born (1990, if you were wondering). The music of the ’70s has always felt “classic” to me, while the music of the ’90s would never feel the same way, but that’s because I grew up with it. Let’s be honest; finding out that the music that came out when you were a little kid is now being played on classic rock radio alongside Zeppelin and Molly Hatchet is a bitter pill to swallow.

Perhaps the classic rock label doesn’t necessarily have much to do with when your album came out, but rather, it’s a question of the vibe of the music and how it juxtaposes with the modern music scene. Some acts continue to adapt and adjust to each individual era, while others are more fixed, never really leaving the sound they created in their heyday. The bands that are less likely to adapt are far more likely to be seen as classic rock once two decades have passed since the release of their first album.

Mark Prindle, who ran his own popular music site from 1996 to 2011, and has appeared on television shows such as Red Eye thinks that the music that becomes classic rock is the older music that appears the safest to radio programmers. “Maybe classic rock just means ‘safe, inoffensive one-time hit singles that won’t make 50-somethings change the channel,'” Prindle told us. “Nothing too dancey, arty, weird or ‘gay.’ Just straight up rock music.”

This would seem to agree with Zaleski’s thoughts. “The biggest classic rock bands don’t skimp on riffs,” Zaleski said. “Whether bluesy, folk-oriented, glammy or straight-up rock & roll—and back these up with a tight rhythm section. Keyboards might be in the equation, but only as accompaniment to the band’s rock-oriented elements. In general, classic rock is what rock music sounds like before the influence of punk, new wave and electronic music.”

So, is Weezer a classic rock band? Are the Chili Peppers? That question has yet to be fully answered. As far as Weezer goes, they haven’t really modernized their sound that much since the release of the Blue Album, essentially freezing them in time, but on the other hand, they have created the kind of timeless, classic albums that teenagers can always discover and relate to. For that reason alone, they might seem perpetually young, even as Rivers Cuomo approaches his 50s. On the other hand, RHCP, who released their first album nearly a decade before Weezer did, can’t help but seem like a band made for the oldies circuit, if they ever choose to go that route.

Ultimately, it seems classic rock is what you make it. It could refer to bands who did their most important work before you were born, and it could refer to bands who are best known for their early work, and struggle to find an audience with the kids of today. Of course, no matter what bands you grew up on, when you find out your favorite band is now classified as “classic rock” by radio formats, you’re going to feel a lot like the mom in that Bowling for Soup song. It’s a natural part of getting old, but it’s part of the circle of life, and there’s not much you can do to avoid it. The only consolation? The music your kids are listening to now will one day be considered classic rock, too.

Wongo Okon
All The Best New Pop Music From This Week
January 24, 2023by: