The Worst Of The Best: 6 Bad Albums By Otherwise Great Artists

Sometimes, good artists make bad albums. We put these records on, and wonder what kind of bad granola they must have smoked to release such a blatantly inferior product. The six albums below represent some of the worst music ever made by people who are usually a lot better.

In the late ’60s and early ’70s, Stewart belted out killer rock tunes like “Maggie May,” “You Wear It Well,” and “Stay With Me,” the last of which came with The Faces. In the mid-’80s, he had dropped off considerably, with Camouflage representing the nadir of his career. The music is synth-drenched and hopelessly dull, and Stewart’s vocals lack any of the power they had carried 15 years ago. The big hit from this album was “Some Guys Have All The Luck,” but when actually listening to the album, it’s clear that Stewart’s had run out years ago. 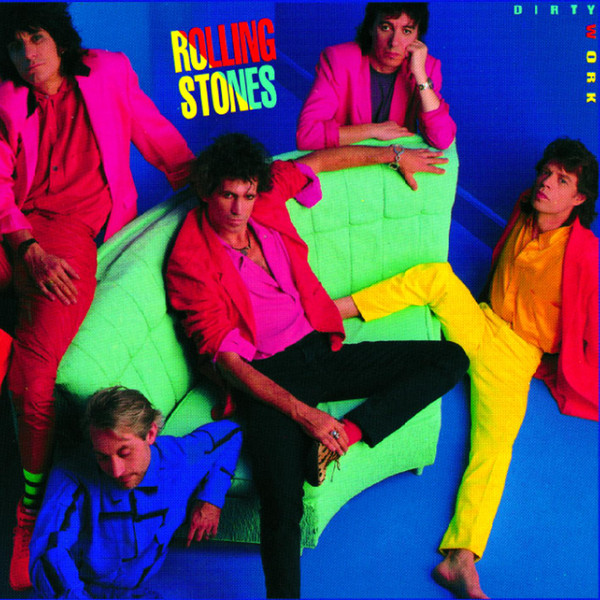 Ugh, just look at that album cover. All the bad things about the ’80s. And that’s not even the worst part. With this album, the Stones lost their creative spark and made the most anonymous music of their career, with the only hit being a not-particularly-remarkable cover of Bob & Earl’s classic “Harlem Shuffle.” The Stones seemed to realize things weren’t going well, as Mick Jagger and Keith Richards would each put the Stones on hiatus and release solo albums (Jagger’s Primitive Cool and Richards’ Talk Is Cheap). They would re-unite three years later for Steel Wheels, which wasn’t up to the standards of their best work, but still managed to be a vast improvement over Dirty Work.

In the late 60s and early 70s, CCR were pretty much an unstoppable force. Albums like Bayou Country, Green River, and Cosmo’s Factory earned rave reviews and spawned countless hit singles. Sadly, the band went out on a decidedly low note with Mardi Gras, which was easily their worst album. This was an example of how letting everyone in the band write songs isn’t always a good idea. Normally, John Fogerty wrote and sang everything. This time, he gave drummer Doug Clifford and bassist Stu Cook a chance to write and perform their own material. The result was a batch of forgettable songs that lacked the character of Fogerty’s work. The only real standout here is “Someday Never Comes,” which was written by Fogerty.

Just like the Stones, Sir Paul did his worst work in 1986. His downfall was a bit different, however. While the Stones made a dull album, they at least tried to stay true to their rock roots on Dirty Work. On Press To Play, McCartney embraced the synthesizer sounds of the ’80s, and the result was a drab, lifeless album. When McCartney goes on tour, you never hear anything from this album. No one seems to mind.

First off, let’s talk about the drumming on this record. Lars Ulrich is one of the best drummers in metal, but on St. Anger, his playing sounds tinny and maniacally irritating. The production is just awful throughout. Maybe they were trying to return to their garage roots, but it sounded amateurish. The laughable lyrics certainly didn’t help things, either (“frantic-tic-tic-tic-tic-tic-toc”). Metallica returned to form with 2008’s Death Magnetic, and the smart thing to do is simply pretend this album doesn’t exist.

When Peter Gabriel left Genesis, they adjusted nicely, transitioning into a prog-pop band (and later just a pop band) with Phil Collins at the helm. After Phil left? They were done. Their lone album with Ray Wilson, formerly of the grunge band Stiltskin, was an unmitigated disaster. The sound was bland and directionless, and Wilson’s vocal style didn’t gel with the band’s sound at all. This was the last studio album Genesis ever released, although they did tour with Collins in 2007. Suffice it to say, their studio output ended with the wimpiest of whimpers.