The ‘Game of Thrones’ Old School MMA Tournament, Round 3: The Narrow Sea Division

We’re now entering week three of our Game of Thrones-inspired MMA tournament, and so far, the matchups in the Winterfell and King’s Landing divisions have played out about as predictably as Jon Jones vs. a baby on roller skates. The wheat has been separated from the chaff, ladies and gents, and let me tell you that there was apparently a lot of wheat in the GoT universe. Or maybe a lot of chaff. I’ve never been great with metaphors.

Anyways, without further ado, let’s get to the matchups in The Narrow Sea Division. 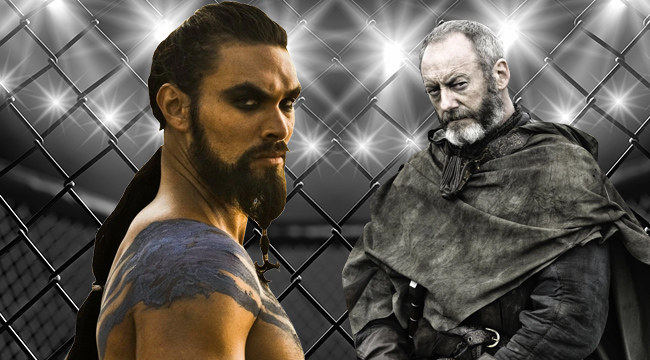 Now, before you go writing this fight off as another first round blowout, consider the following:

What I’m saying is that, on paper at least, Drogo lies a lot closer to Bob Sapp than he does to Cain Velasquez on the scale of Ultimate Badasses, whereas Davos is something like a fingerless-on-one-hand Tim Sylvia with slightly better bowel control. 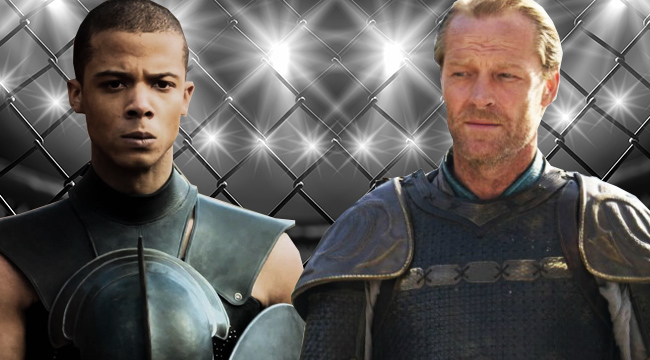 Now this… this is an interesting battle. In one corner, you have the leader of one of the most elite fighting units in the world, yet also a guy whose last fight ended in a humiliating first round KO loss to a bunch of high born wimps in gold plated Eyes Wide Shut masks. In the other, you have a similarly tried and true warrior who’s never really lost a battle…except the one for his Khaleesi’s heart. Strength advantage: Mormont. Pride advantage: Grey Worm. 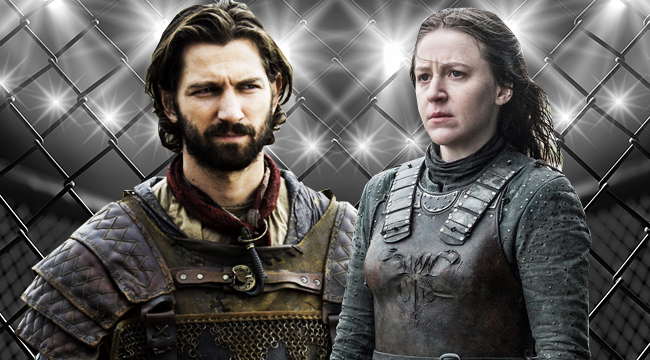 Up until the final moments of last week’s “Stormborn”, I would have been willing to put good money on Yara Greyjoy sneaking out a win over Daario Naharis here. As the great Tim Sylvia once said, “Half this game is 90% mental” and one cannot imagine that Naharis has been in a good place mentally since he was left behind in Mereen by the Mother of Dragons. If the laws of movie and TV breakups have shown us anything, it’s that Naharis has likely spent the past few months with the pyramid shades drawn, weeping uncontrollably into a horsehair blanket and gaining upwards of 15 pounds on whatever the equivalent of ice cream and scotch is in the Game of Thrones world (lemon cakes and…scotch?). Meanwhile, the only Greyjoy worth a damn has been “f*cking the tits off” of every man and woman between Westeros and Volantis in her quest to become the first ever Queen of the Iron Islands. You just don’t mess with that kind of confidence.

After seeing Yara’s quick submission loss to uncle Euron at the Battle Of The Ocean Where Entire Fleets of Ships Can Sneak Up On You, however, I’m concerned that the odds may have swung back in Naharis’ favor. You’ll never be a champion or even a top contender in MMA these days without a ground game, and that goes double when facing a guy who has repeatedly out-grappled a dragon, if you know what I’m saying. 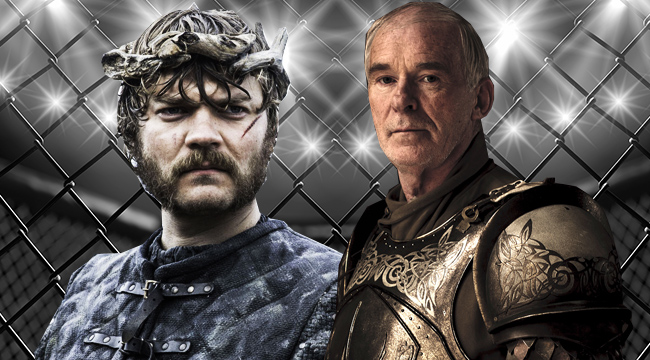 One of the greatest fighters in Westerosi history vs. a guy who looks like he plays rhythm guitar in a Marilyn Manson cover band? Yeah, I think this is a pretty cut and dry win for Ser Bariston no matter which way you slice it. Nice knowing you, guy who probably contracted HPV in high school yet refuses to admit it.