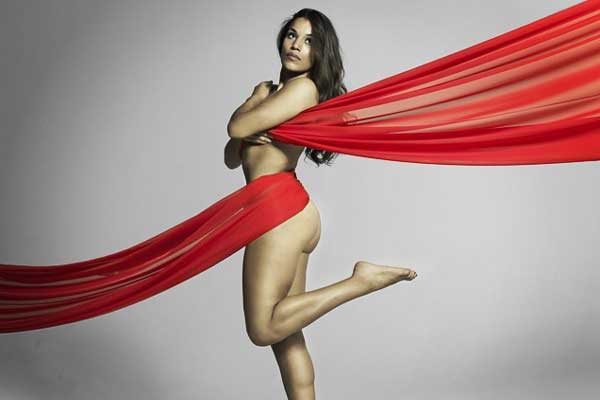 The Ultimate Fighter 18 winner Julianna “The Venezuelan Vixen” Peña has never been one to mince words (or fists, come to think of it). During her time on TUF, she regularly alienated both her female and male cast members, and outside of the octagon, well, let’s just say that you probably shouldn’t approach her in a bar after she’s had a couple drinks.

With wins over contenders like Jessica Eye and Cat Zingano now under her belt, Peña has recently begun to shift the focus of her vitriol to pretty much whoever is holding the belt in the suddenly wide open bantamweight division.

So far, she’s called out “Harmless” Holly Holm for earning a title shot by beating “two old ladies” and accused current champ Amanda Nunes of ducking both her and fellow contender Valentina Shevchenko (which doesn’t make sense, because they’ve already fought), making sure to throw in a diss at Bethe Correia in the process.

And now that the rumors of Ronda Rousey’s return have begun to pick up steam, Pena must have figured that trashing the longtime face of the division couldn’t hurt either.

In a recent interview with TMZ (bleh), Peña went all-in on Rousey, ripping both her physical appearance and her place in the division following her loss to Holm at UFC 193 last year.

“She’s like the emperor in no clothes. She’s broken a little bit,” Pena said. “No one cares about [her] and her fat arms anymore.”

Of course, Peña then followed up by immediately contradicting herself and saying that “I guess some people do [care],” which says more about why she’s decided to call out Rousey than anything else. The fact is, Ronda Rousey is still the most popular fighter in the women’s bantamweight division by a long shot. Hell, she’s still the most popular female fighter period and one of the UFC’s top draws and she hasn’t fought since last November. Her comeback fight is going to do gangbusters no matter who it comes against, so perhaps Peña attacking her so personally is her way of ensuring that the ever-emotional former champ chooses her when she does decide to step back into the cage.

To be fair, this isn’t the first time that Peña has angled for a match with her former opposing TUF coach. Last year, “The Venezuelan Vixen” told MMAFighting that Rousey (who was still champion at the time) had “consumed a lot of her thoughts” and was “already 6 feet under and didn’t even know it.” Should Rousey decide to return before the end of the year as Peña also suggested would be happening, it looks like she’ll already have her next grudge match all lined up.