Last year’s Madden spot featuring Kevin Hart and Dave Franco was really strange. Like, not in a bad way, but in a way you don’t usually see from commercials. The extended cut had Hart singing and showing up at Franco’s house with controllers in his hand and Franco’s house on fire and also felt like a Gwen Stefani video from 2004. So naturally it won a bunch of advertising awards and EA Sports decided to try and top it with this year’s version.

They mostly succeeded. Madden Season got even more ridiculous with this year’s video. Franco returned, and McLovin (Christopher Mintz-Plasse) – do you think he’s okay with everyone still calling him McLovin, I hope so, everyone’s always going to call him McLovin forever probably – joined him, along with a host of NFL stars like Rob Gronkowski, Colin Kaepernick, Antonio Brown, Julio Jones, and Rex Ryan dressed up and acting ridiculous: 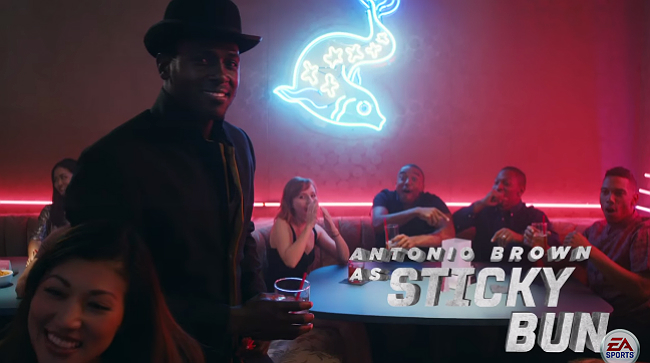 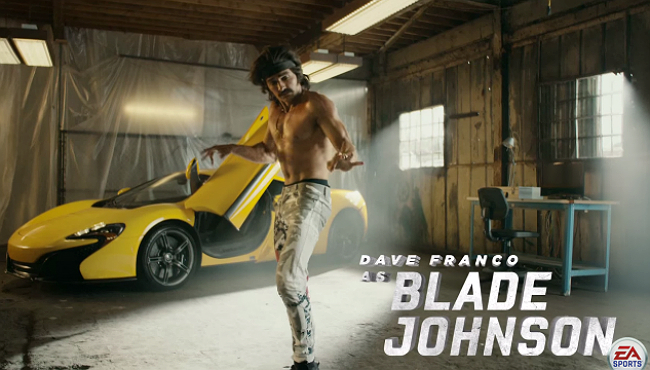 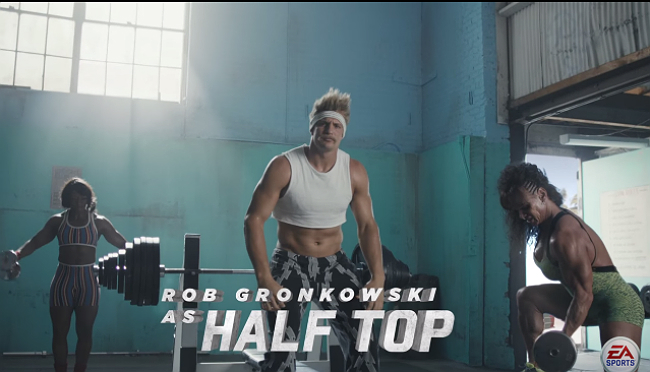 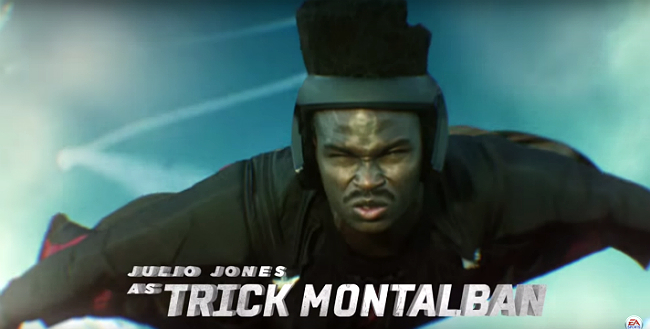 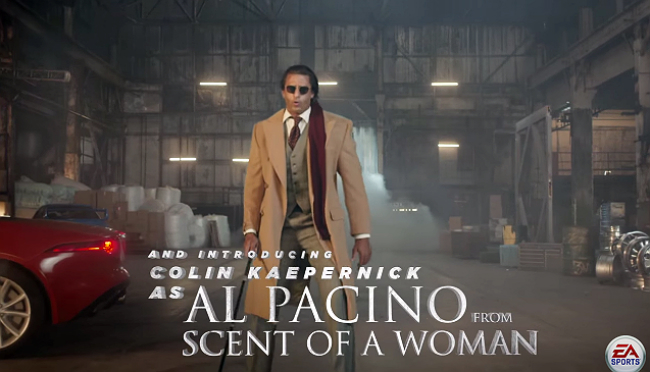 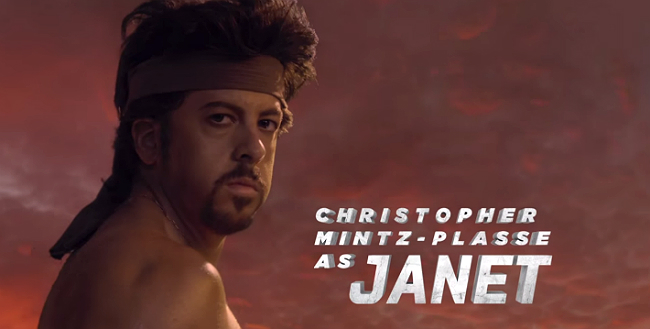 As constructs go, making an extended movie trailer featuring Colin Kaepernick playing Al Pacino from Scent Of A Woman works, and works well. There are some laugh out loud moments here, and letting Franco and Mintz-Plasse do their thing is never really a bad idea. (It certainly worked in Neighbors.) The NFL guys seems to be having a legitimately great time, which is good, because the NFL is soulless and rarely lets people have a legitimately great time.

“Kaepernick was really into it,” EA Sports Vice President of Creative Advertising Dana Marineau said, “channeling his inner Pacino and watching videos of Scent of a Woman to really nail the role.  We loved it.”

Marineau indicated there’s plenty of material left that didn’t even make it into the spot, including more Bollywood dancing, and that there might be more cuts coming. Which, if it means more Pacino impressions and Gronk in a crop top, sure, why not? Bring on Madden Season.