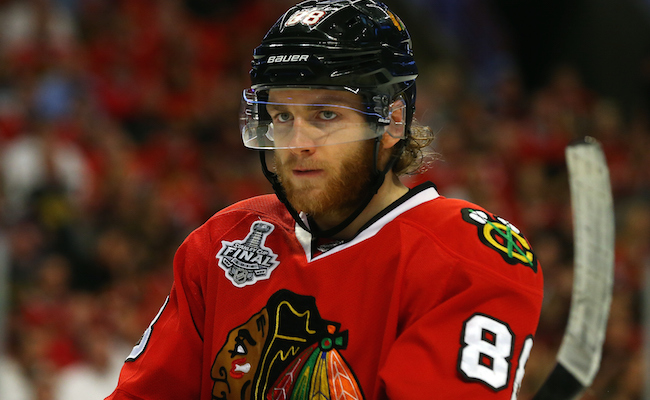 Chicago Blackhawks star forward Patrick Kane has reportedly found himself in legal trouble again this week. On Thursday morning, the Buffalo News was first to report — without many details — that Kane may have been involved a criminal investigation in his hometown of Hamburg, N.Y.

Following that report, WKBW in Hamburg reported that Kane was involved in an alleged incident involving a woman that started at a local bar. Details are still scarce right now, but it doesn’t seem like great news for the 26-year-old forward, who has had trouble with the law in the past.

Back in 2009, Kane — along with his cousin — was arrested for assault and theft after punching a taxi driver in Buffalo over a dispute about cab fare. The two ultimately pleaded guilty to noncriminal disorderly conduct charges, but avoided any serious penalties. Since then, Kane has managed to stay out of trouble, seemingly until now.

No charges have been filed yet.

UPDATE: According to the Buffalo News, it is a rape investigation. A woman accused Kane of sexual assault and went to a local hospital to have a rape kit performed. The NHL has confirmed that they are aware of the situation and are following developments.