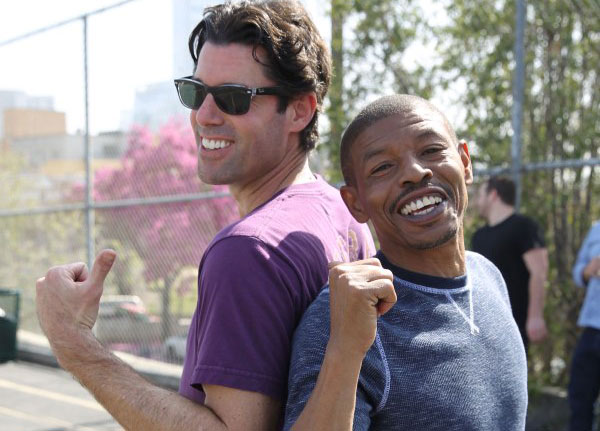 Rarely if ever do you get to play a game of H-O-R-S-E against a former NBA player. Let alone the 19th on the all-time assist list and the shortest guy to ever play in NBA history: Tyrone “Muggsy” Bogues.

That was the situation when I had the brilliant shower thought one morning to challenge Muggsy to a game of H-O-R-S-E at a shoot for new AXE Black Body Wash. AXE just made a big splash with their “Find Your Magic” Super Bowl ad and I could’ve gone the conventional interview route with this story, but figured you guys would much rather see a dude with average basketball skills try to take Muggsy down.

After all, not all of us get to meet NBA players in our life, let alone play them at their own game. It’s always been a dream of mine in fact, I just never thought I’d have seven inches on the guy I actually got to play against. At 5-foot-3, Muggsy told me his chances at making the NBA were the same as winning Powerball. But beating me in H-O-R-S-E? That would surely be a slam-dunk.

Or so we thought.

After our quick interview, we did the deed. It took place on a full-court playground near downtown L.A. on an 80-degree way-too-warm winter day. Muggsy had just wrapped shooting on the commercial above. Although he probably never thought twice about this game, I’d spent the week prepping for it — absolutely destroying my son at H-O-R-S-E the night before, hitting from everywhere on our home court. Mid-rangers, corner 3’s, lay-ups. He couldn’t keep up and my confidence was soaring. Did I mention that he’s 8?

Muggsy would be different. Even though he only had about a foot on my 8-year-old, he had an impressive 15-year career playing for Washington and Charlotte amongst other teams making plays and hitting shots like this. My last team was my college intramural squad. We were 0-8.

The game started off with Muggsy calling the ball I brought “a girl’s ball,” no doubt trying to get a mental edge on me for the game. He was right – it was my son’s rec league ball, but I could palm it and it made me feel like Dr. J – so I was hoping Muggsy would indulge this midget prop ball. And he did.

The first shot I hit from about 18 feet out was a surprise to just about everyone on this court, including me. Maybe this game of H-O-R-S-E wouldn’t be a slaughter. The second shot I hit from three and I was starting to feel like the bishop playing golf in Caddyshack. Before long, I was actually winning the game by a letter, feelin’ pretty good about myself and it was starting to get a little tense on set. Could the writer and relative nobody beat Muggsy? This was something I thought along the lines of a mathematical impossibility. 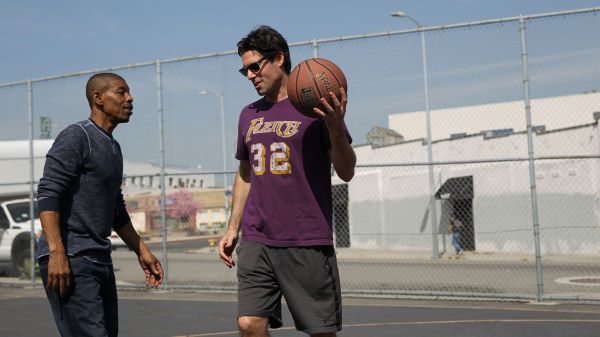 It was somewhere in the middle of this game that I admitted to Muggsy that one of my childhood idols was Dale Ellis, maybe one of the best pure shooters in NBA history. He told me that his favorite was Steph Curry and that he was biased because he played with his father Dell for 10 years. I did not. That’s when Muggsy started shooting like Steph. 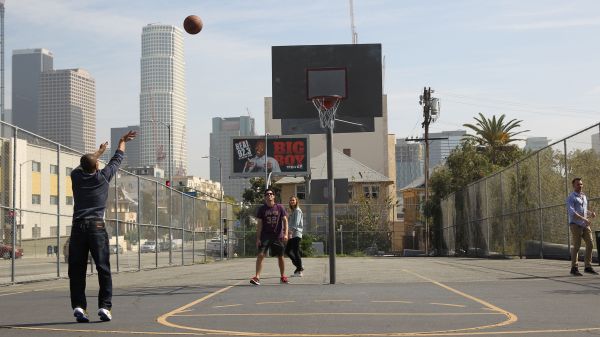 Muggsy drained a three, then a series of shots that announced his still somewhat sharp skills… and my lack of 15 years of NBA experience. I tried a few trick shots in hopes to catch him off guard — an around-the-back-shot from 5 feet out, a granny-style 3-pointer and I even tried to ‘find my magic’ by emulating the Magic Baby Sky Hook.

My magic was gone. And by that, I mean I missed all three of them miserably. The game went on for about 10 more minutes,  8 minutes longer than I initially thought it would. As Muggsy strung off letter after letter, my window closed faster than a sunroof in a freak hail storm.

It was all fun and Muggsy was a classy dude for agreeing to do it. And AXE for setting it up. Next time I get the chance to play a pro at anything, I’ll make sure to let my eight-year-old beat me. That way, at least I come out with one win — being a good dad instead of the guy who crushes his kid at H-O-R-S-E.

Want to find your magic? Don’t let another good idea go down the drain. Let new AXE Black Body Wash help you with your next great Shower Thought. Who knows, it could help you relax, recharge or even inspire your next great idea. And if that lands you on the court with an NBA legend, even better.