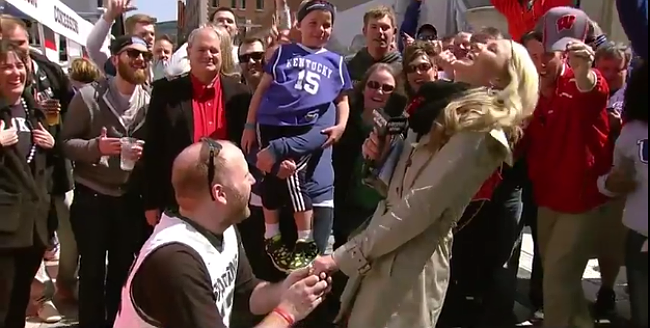 It’s Final Four Saturday, which apparently is giving fans of the teams involved license to act like a bunch of dummies.

Earlier, there was Bill from Kentucky, the Wildcats fan who told ESPN’s Kaylee Hartung she is “gorgeous” while sporting is signature blue prescription lenses. And now we have this Michigan State fan, who decided to interrupt Allie LaForce’s live shot to propose.

To her credit, LaForce took it in stride. Although I’m sure she totally would’ve said yes if she wasn’t already married to a professional baseball player.

[Source: Deadspin, which has the full video]