UPROXX 20: Ahmed Bharoocha Orders Drinks Based On His Bartender’s Mood And Attire 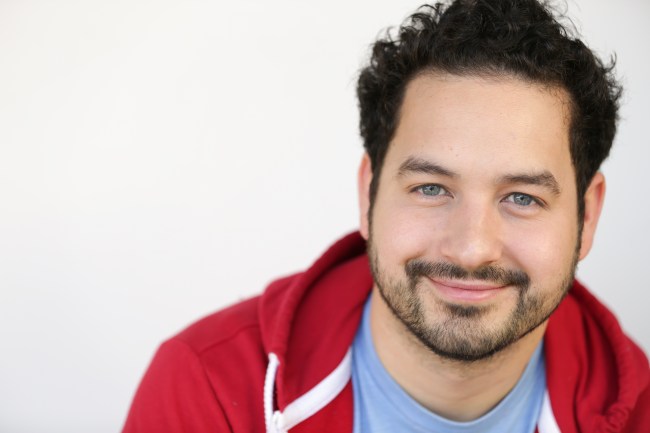 Ahmed Bharoocha is a comedian probably best known for his appearances on Conan and Adam Devine’s House Party. He’s also a regular on Adult Swim’s upcoming animated series Dream Corp. His debut comedy album, Almond Badoody, is currently available on iTunes. Ahmed was nice enough to take some time to answer a few questions from us recently.

Currently I’m going though Game of Thrones withdrawals. But I’m excited about the new season of Transparent and Last Man on Earth.

I’d go out with my favorite dish that I learned to make from my Grandmother. Ohn-No Khao Swe, a Burmese noodle dish. It’s noodles in a spicy coconut ginger chicken gravy type broth that you garnish with onions, cilantro and lemon.

I love going down Wikipedia rabbit holes of random information. I’ve always been a TV junkie so I usually spend a lot of my time on YouTube watching nonsense.

7. If you could go back and give your 18-year-old self one piece of advice what would it be?

Drop out of college and get to work on stand up.

8. What’s the last thing you Googled?

How to spell Ohn-No Khao Swe

I used to have a fear of cats until I met my wife and now we have three. So Cats. But I’ll take some dogs too as soon as we have room. But if I could only have one I’d stick with cats because they are sensitive and gentle and take care of themselves.

Jimmy Cliff at the Hollywood Bowl. It was the first concert I went to with my wife.

Harry Potter. It’s the books I’ve read the most amount of times and they still get me each time.

That’s a tough one. I’d say maybe just over all how much my parents have sacrificed for my sisters and me over the entire course of being our parents. Probably some time my dad drove hours just to feed me. Or my mom just still trying to clean up after me 32 years in a row.

South Park. They nail social commentary while still never taking themselves too seriously.

Walk to a coffee shop with my wife and grab a coffee and some type of warm pastry. Pack a lunch, perhaps a sandwich from one of my favorite delis. Then find a big chunk of nature that I haven’t explored yet and go for a hike. Hopefully find a body of water to jump into and swim around for a bit. Come home order some sushi for delivery and then plop down on the couch with my wife and cats and binge watch some good TV.

Dumb and Dumber. It never stops making me laugh.

I’m a big LA Kings fan. I grew up in Southern California when Wayne Gretzky played for the Kings. I also used to play in high school, college intramural leagues, and still play when ever I’m not being lazy.

I’m constantly on the pursuit of the best meal of my life so there has been a lot. Most recently I went on a curry crawl while I was in the UK and had some amazing Indian food. A restaurant in London on Brick Lane called Muhib stands out as well as a restaurant in Edinburgh called Mother’s India Café. In Los Angeles I’m obsessed with the ramen at Daikokuya.

It might have been Finding Dory. Which I liked but didn’t love as much as Finding Nemo. I think the last movie I saw in the theater I was really happy with was the new Star Wars.

I think it was Alex Mac. She was badass but cute.

I make some killer fish tacos that I think Nic would get into.