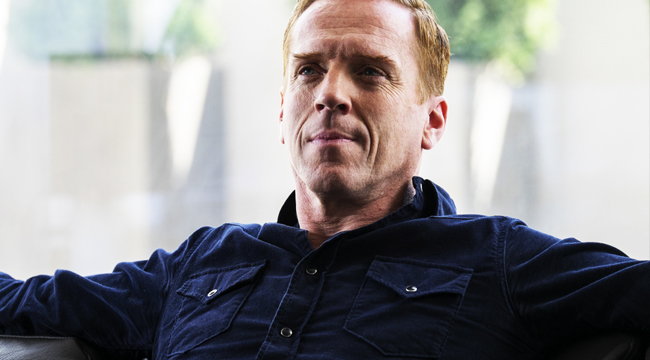 What defines a great TV show? Acting, writing, cinematography — everybody knows you’re supposed to say those things, and each is undoubtedly important. But, on a practical level, what truly matters to the average viewer?

I propose a simple metric: How long does it take you to watch a new episode once it shows up on your DVR or favored streaming platform? If you let episodes of a show accumulate to the point where you actively feel guilty for not keeping up — even though the show is brilliantly acted, impeccably written, and exquisitely filmed — it does not satisfy this specific metric for greatness. It is “great” TV, but it might not necessarily be great viewing.

For me, the current champ at swiftly clearing out my “To Watch” queue is Billions. It’s not even close, really. I consume this show each week with the eagerness of Dollar Bill scooping up shady insider information. (That’s a Billions reference. Referencing pop culture while talking about Billions is a very Billions thing to do.)

It’s true that the writing on Billions occasionally seems a little obvious, the acting a tad bombastic, and the visual aesthetic somewhat overly slick. But no other cable drama currently on TV is as adept at delivering red-meat conflict in a way that’s both playful and ruthless, with scores of quotable lines and a multitude of colorful, love-to-hate-’em anti-heroes. Even a character that might be an afterthought on most shows (like the kindly old father of the protagonist) carries himself on Billions like Tony Montana with a death squad outside of his door. This soapy, go-for-broke audacity of Billions is what hooked me in and continue to keep me addicted.

Let me make another very Billions-style comparison: If most cable dramas aspire to be Kid A, Billions wants to be the first Van Halen record. Billions knows how to have fun with its depraved, cartoon-y universe of scheming hedge-fund managers and corrupt federal attorneys; it also knows how to dial it back just enough to feel like an authentic parallel to these depraved, cartoon-y times in America. Hyperbolic reality calls for hyperbolic fiction.

The third season of Billions, which debuts Sunday on Showtime — please stop reading if you don’t want minor spoilers — finds the show at a fascinating, possibly treacherous crossroads. Many things are the same: Bobby Axelrod (Damian Lewis) remains an improbably magnetic and likable villain in spite of being a smug Wall Street a-hole; Chuck Rhoades (Paul Giamatti) is still a largely unlikeable and trollish hero in spite of his essentially principled stand against smug Wall Street a-holes; and Wags (David Costabile) has maintained his excellent mustache. There are also pop-culture references galore — in the season premiere, there are nods to Wall Street, Top Gun, and a small army of old-school wrestlers.

The risk of season three — at least based on the first five episodes, which I binged on in about two days — is that it takes the focus off the to-the-death battle between Axe and Chuck. If you’ll recall, season two ended with Axe being carted off to jail after being bested by Chuck, who in the process merely had to engineer a massive fraud that turned his own father and best friend against him, while blowing tens of millions of dollars of his own money. (Our own Brian Grubb called it “the darkest episode of Tom & Jerry ever.”)

At the beginning of the new season, Axe and Chuck are still squaring off but their punches are thrown by proxy actors. Instead of bumping chests in the midst of a dismantled office building or jail cell, they are jockeying for position in Axe’s impending court battle, using various minions to undermine their rival’s case. This retrenchment makes the early episodes feel less visceral, though I don’t doubt that Billions will eventually put these guys back in some dark and demolished hell hole at some point.

Talking about Billions purely in terms of how Axe and Chuck hate each other is a little like watching The Sopranos strictly for the murders. Surely, there were many people who did that. (Possibly most viewers liked The Sopranos for the violence.) But Billions has also always been about critiquing the macho-man posturing of high-level finance and politics. It’s arguable that Billions isn’t overt enough with this critique; it’s undoubtedly the one area in which this show is subtle. (The Wolf Of Wall Street, an obvious antecedent to Billions, was criticized on the same grounds.) Season three, however, nudges this critique a little closer to the show’s forefront.

Wendy Rhoades (Maggie Siff) easily is the most reasonable and overall most endearing character on Billions; her only fault is her mystifying loyalty to Axe and Chuck, both of whom are far too craven to deserve her. But the most interesting player in the Billions universe is Taylor (Asia Kate Dillon), Axe Capital’s CIO who becomes the de facto CEO during Axe’s court-induced exile.

In season two, Taylor was a cipher — a non-binary genius who was treated more like a brilliant android than a flesh-and-blood human. In the man’s-man world of Billions, Taylor also was a metaphor for a more evolved alternative to the masculine self-destructive pettiness of Axe and Chuck, though at times they seemed more like a clever device than a fully realized character. In the new season, however, Taylor is given additional dimensions, with the robot-like affectations belying a conflicted sense of morality about their Michael Corleone status at the firm.

And then there’s Trump.

While Billions premiered almost a year before Trump was elected, it feels the Trump-iest show on TV, portraying two high-level bullies who are essentially different sides of the same narcissistic coin. Billions hasn’t yet addressed the president himself directly, but the administration lurks in the background of the current season, epitomized by new Attorney General Waylon “Jock” Jeffcoat (played by all-time “redneck S.O.B.” character actor Clancy Brown).

Early on, Jeffcoat warns Chuck to stay away finance-world prosecutions by making analogies to baseball and horse breeding. Right away, the seed is planted for Chuck to join #theresistance. Will Billions eventually pick a fight with the biggest bully in the world? That you can’t rule out such an outlandish and yet thrilling possibility is a big reason why I can’t stop watching.