Well, so much for Charlie Sheen’s possible return to Two and a Half Men. Last month when Ashton Kutcher appeared on Ellen, he hinted at a possible Charlie Sheen cameo in the finale by giggling and giving a non-answer when Ellen asked him point blank if his character would be back. Previously, Sheen himself had also expressed interest that he’d like to come back.

But going by these bizarre tweets this morning (as if there’s any other kind of Charlie Sheen tweets) it looks like for one reason or another Charlie Sheen will not, in fact, be back. And yes, I’m aware that they all say the same thing but I feel like that’s an important detail not to be left out. 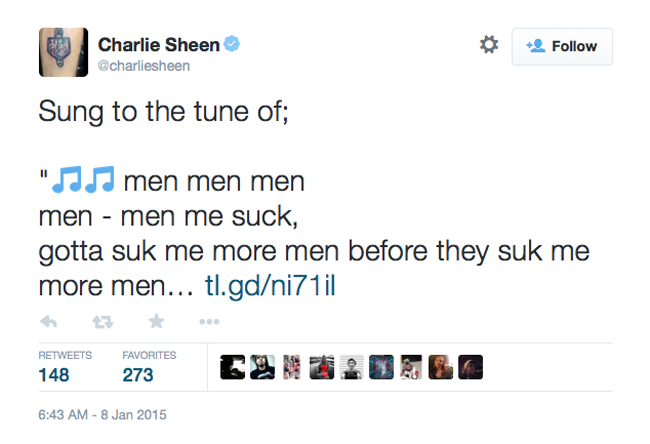 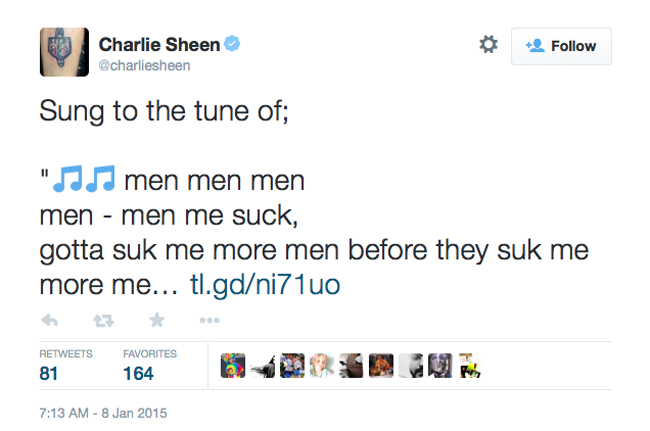 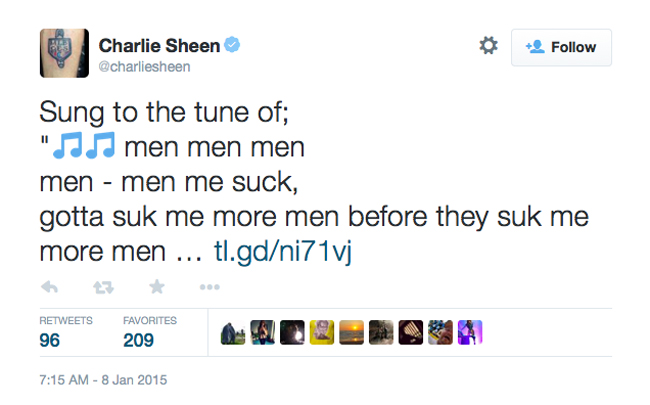 So what happened? Well, I guess there are a few scenarios to explain this. Here’s what I’ve come up with:

I’m personally going to have to go with #3, because I like to think I’m kind of a purist when it comes to Charlie Sheen.