After the cancellation of TLC’s 19 Kids and Counting, the Duggar family lost an ungodly amount of income. Estimates say their financial house will lose $25 million in future earnings, since the family received $45,000 per episode. This won’t stop the family from continuing to churn out kids. Josh Duggar, whose actions stand at the center of the brood’s molestation scandal, recently welcomed his fourth child, a daughter.

The Duggar arc is sinking fast, and they’re growing desperate. After all, it costs an estimated $245,000 to raise a child. The Duggars don’t believe in allowing their daughters to work, and the entire family’s skillset is limited. OK! magazine discovered evidence that the family’s looking for a new funding source. On the Duggar Studios YouTube page, they asked for donations: 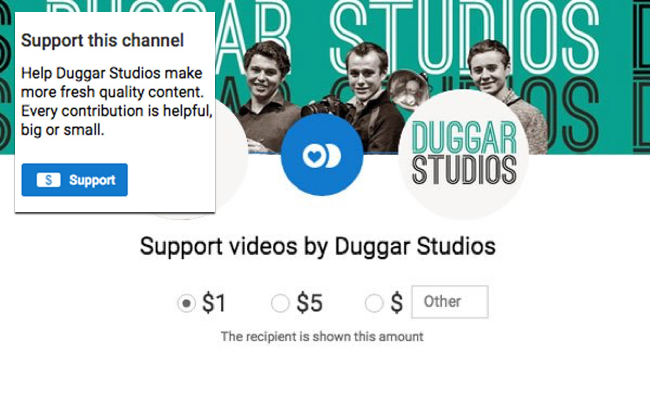 The donation buttons have since disappeared. The Duggars want support to continue providing “fresh content,” which could be why they haven’t posted a video in two months. The Duggars are digging their heels in until fans clamor for wisdom teeth removal videos to get their fix. Will the tactic work? Twitter isn’t impressed and has some retroactive advice.

The Duggars are begging for money to support their lifestyle. So am I. Make the right choice.

The Duggars have begun asking for donations. A great way my family saves money is by not having dozens of children.

The Duggars have turned to selling t-shirts to promote Duggar Studios. This would be an excellent attire selection for the next Marilyn Manson concert near you.