Sebastian Bach Is Returning For The ‘Gilmore Girls’ Revival 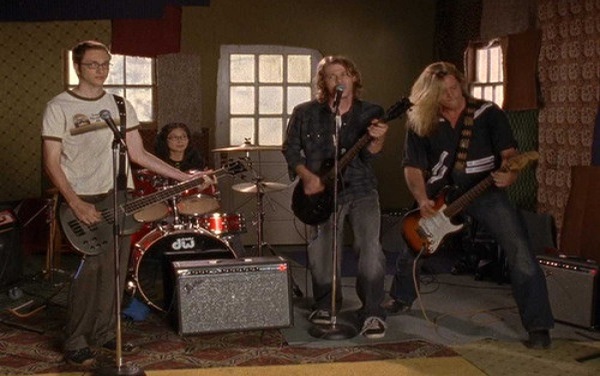 People are very excited about TV cult favorite Gilmore Girls being revived for four 90-minute episodes on Netflix. After all, people got super enthused about Fuller House, and Full House isn’t even a good show! Unfortunately, Melissa McCarthy, who played Sookie on Gilmore Girls before she became one of the biggest movie stars in the world, is not returning for the revival. One person who is back, though, is Skid Row frontman Sebastian Bach.

While a certain strain of human being will still remember Bach primarily from his time as the singer for hair metal outfit Skid Row, to a different generation, he’s Gil, sandwich shop proprietor and member of Lane Kim’s band Hep Alien. Gil, along with the rest of Hep Alien, one presumes, will be making an appearance alongside Lorelei and Rory Gilmore, plus a bunch of other notable characters from the world of Stars Hollow.

Talking to Ultimate Classic Rock, Bach said, in discussing the show, “Netflix has given that show a whole new thing. I walk around and I always hear [about] Gilmore Girls.” Obviously, Bach isn’t a key member of the Gilmore Girls cast, unless the direction of the show has really changed during its hiatus, but fans of the show, and of Hep Alien, will certainly be happy to see ol’ Gil back on their TV (er, computer) screen.