Tom Hanks, Eddie Vedder, Bill Murray, And ‘An Hour Of Surprises’ Will Be Letterman’s Final Episodes 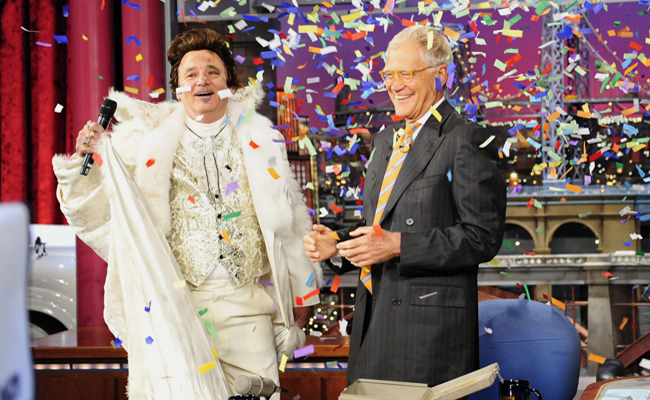 When the iconic television personality made the switch to CBS back in 1993, Letterman’s first celebrity guest was actor and comedian Bill Murray, who promptly tagged the new desk. 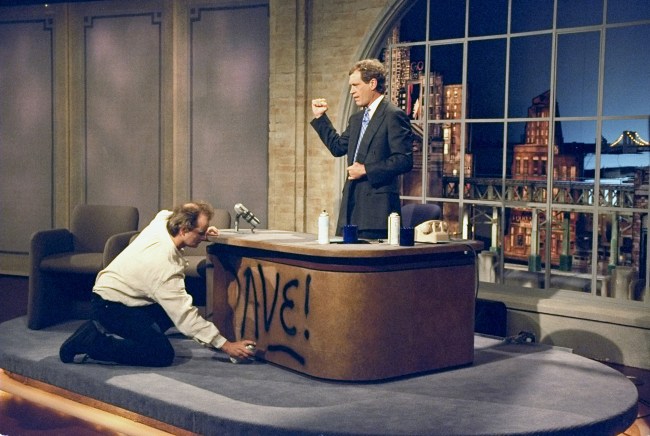 Poetically, Murray will now serve as Letterman’s final official guest before “an hour filled with surprises” brings his impressive career in late night to a close.

A star-studded month of goodbyes will wrap up next week with Tom Hanks and Eddie Vedder on Monday, Murray on Tuesday and the highly-anticipated night of surprises on Wednesday.

And if that’s not enough to have you scurrying to make room on your DVR, mentally prepare yourself to say farewell with that first segment with Murray and Letterman from August of ’93: