‘True Detective’ Connects The Final Pieces Of The Puzzle

In the latest episode of True Detective, “Black Maps and Motel Rooms,” there was a lot of action, some surprising deaths, and a few choice lines of terrible dialogue (“Everything is f*cking!”), but what you may have missed is that much of the mystery was solved, except for the actual killer of Caspere. I think I know exactly who did it.

There were a lot of names being bandied around — some recognizable and others not — and a lot of layers to the mystery. So, in case you need help wrapping your mind around it, here’s a helpful explanation (with pictures). Major spoilers follow after this point, so be warned if you’re not caught up.

The whole thing really started back in 1992, when Dixon and Burris killed two people in a jewelry store robbery. Here’s Dixon:

Burris and Dixon got away with the blue diamonds from the jewelry store, though the jewelry store owners were killed, leaving their two kids orphaned (the kids were hiding at the time). Burris and Dixon — and their commanding officer at the time, Holloway — teamed up with the city accountant, Ben Caspere, and used those diamonds to work their way into Vinci’s government via the crooked Mayor Chessani. They were rewarded with six-figure salaries.

The existing plot hole here — or at least, a source of confusion — is why Caspere still had the diamonds in his safe deposit box if they supposedly gave them to Chessani in exchange for jobs in Vinci?

The important thing here is that Caspere did still have the diamonds, which was the only piece of evidence remaining that linked Dixon and Burris to the double homicides. Tascha — one of the prostitutes, and Caspere’s supposed girlfriend — knew about the diamonds and was going to use them to blackmail them. The blood of Tascha, in turn, ended up on the walls of that little shack in the middle of nowhere.

This is what’s left of Tascha:

The other piece of confusion — and the reason why the case isn’t solved — is over who actually killed Caspere. Ani doesn’t think Burris and Holloway would do it because it potentially exposes them (after all, Caspere’s death is what set this all in motion).

It still may be Burris/Holloway, but let’s put a pin in it for now, because there’s someone else who had motive to kill Caspere: Laura/Erica.

Laura was one of the women orphaned in the double homicide. Laura also goes by the name of Erica. She was Caspere’s assistant for six weeks before he died. She might have killed Caspere out of revenge for killing her parents. 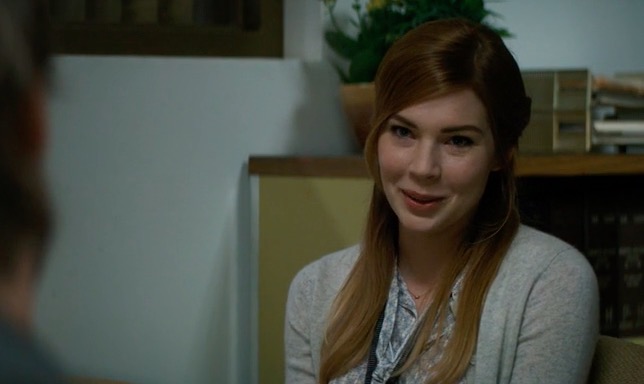 Laura was last seen on the movie set, where she presumably could’ve had access to the car stolen from the set and used in Caspere’s murder. It’s quite possible that Laura/Erica killed Caspere with the help of her brother, also orphaned. His name is Leonard. We don’t know who Leonard is yet.

Elsewhere, Osip was trying to take over Frank’s businesses and his place in the land deal. This is Osip:

Here’s Blake after Frank found out that he was double-crossing him:

It was actually Blake who killed Stan, because Stan was trailing him and found out too much. Here’s Stan:

(Here’s an interview with the actor playing Stan, who was a minor Twitter celebrity last week).

Blake is also the guy who gave Frank the wrong name of the rapist to give to Ray. So, Blake was moving a lot of the plot along. At any rate, Osip and Tony Chessani managed to absorb Frank’s action in the land deal after Caspere died. Here’s the mayor’s son, Tony Chessani.

Tony and Osip benefited from Caspere’s death, because it made it easier to push Frank out of the loop. Does that mean they killed Caspere? Blake says no, and I believe him because I really do think this was the murderer:

I think Laura killed Caspere for killing her parents. Caspere’s death set the rest of this in motion. It was a coincidence that Osip and Tony Chessani benefited from it, while it might have been part of Laura’s plan to start the cover-up that Holloway and Burris were engaged in.

The wildcard here is the identity of Laura’s brother, Leonard, who probably actually killed Caspere with Laura’s assistance. I can’t tell you who that is, and the only guess I could hazard is beyond ridiculous, which is why I haven’t ruled it out: The set photographer on that movie set. Remember him furtively looking back at Laura as she made her way to Ani/Ray?

I suggested there was something fishy about that furtive look at the time, but I hadn’t thought about it in weeks. He did, however, have access to the mask used in the car burning. 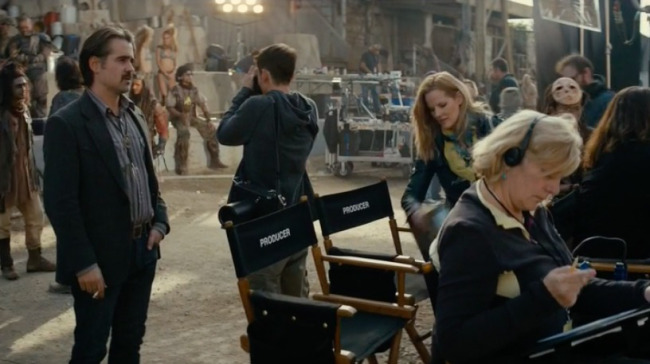 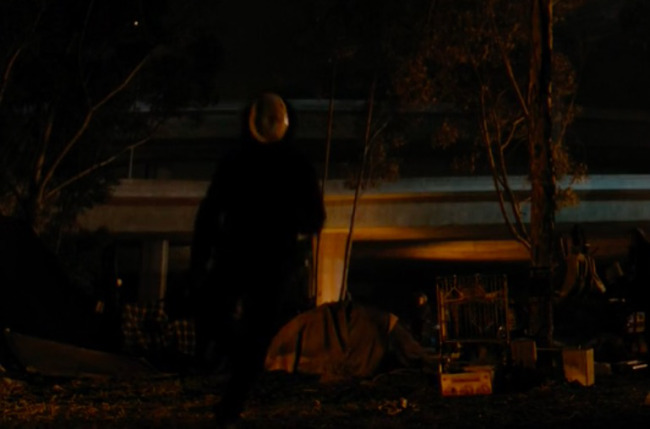 Ani and Ray are trying to blow this whole thing wide open, but they don’t have anyone to tell right now because Davis is dead.

Woodrugh is also dead. Burris killed him, although Holloway also tried. The interesting thing here is that Catalyst employs the private security company, Black Mountain, that used to employ Woodrugh, which means Holloway and Burris are also connected to Catalyst, which really just demonstrates how deep the corruption runs in Vinci.

One other mystery is the identity of Ani’s rapist:

Honestly, his identity may not even be important.

Then, there’s Frank. He may not get his land deal, but he’s out for revenge. He killed Blake. He burned down the two casinos that Osip took from him, and he’s all set to escape with a big bag of loot. There’s one mystery, however, that remains there: Was Jordan Semyon in cahoots with Blake and Osip, too? Because she looked awfully guilty here:

There’s a lot of ground to cover in next week’s finale, and I have a feeling that no one will be happy about the ending. Surprised? Maybe. Satisfied? Probably not.