What The Hell Is Happening On ‘True Detective’? A Mid-Season Explainer

If you’re following along with True Detective season two closely enough, you can play along with the theories and speculation, dig deep into the minute details, and enjoy all the jokes at the series’ expense.

However, this season of True Detective has been so slowly-paced that it’s sometimes easy to let your attention drift, and unless you watch every episode a second time, you may have missed some things. It’s been a very divisive season, and while many are deeply engrossed, many others have simply decided to quit.

In fact, the number one complaint I have heard from the casual viewer of True Detective is not about the writing or the acting, it’s that they have NO idea what the hell is going on anymore. The plot is very convoluted — often unnecessarily so — and the combination of slow pacing and complicated storylines has left many True Detective viewers lost.

So, let’s throw out all the theories, jokes, and nicknames. Here’s a nuts-and-bolts breakdown of what exactly is going on halfway through this season of True Detective, a brief overview for the True Detective novice. This is what you need to know to get by. 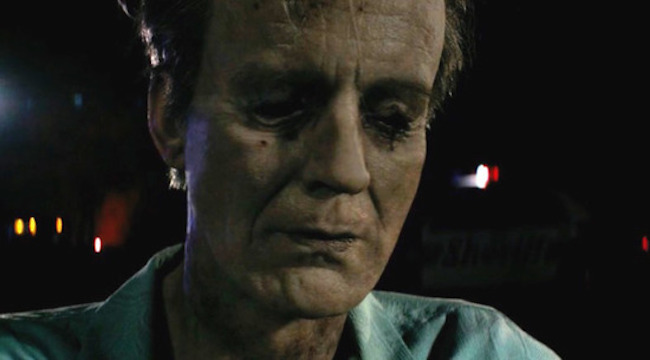 The murder of Ben Caspere is at the center of the entire season. He was the city manager of the small town of Vinci, in Ventura County. He was killed by an unidentified man wearing a bird mask.

His murder is being investigated by three principal characters.

Paul Woodrugh is a motorcycle cop for the state highway patrol. He is a self-hating gay stereotype. He suffers from PTSD dating back to his work as a mercenary for a private company in Iraq and Fallujah. There, he had a three-day sex bender with a male buddy of his, but Woodrugh is so determined to maintain the life of a heterosexual police officer that he’s agreed to marry his girlfriend, who is pregnant. Woodrugh is currently suspended as a highway patrolman because a celebrity actress falsely accused him of soliciting a blow job in exchange for ignoring her DUI.

Woodrugh discovered the body of Ben Caspere, and he is working as a special investigator for the state’s investigation into the murder.

Ani Bezzerides is a detective for Ventura County. She has county jurisdiction over the murder of Caspere, and she is running point on the case. She is a heavy drinker, she has gambling debts, and she has a predilection for sleeping with her fellow officers. This has recently also gotten her suspended as a detective, except where it concerns the investigation into Caspere’s murder. Ani was also investigating the disappearance of a woman who may be connected to the murder of Caspere.

Ray Velcoro is investigating the murder under the jurisdiction of the city of Vinci. He is also a hard drinker. He and his ex-wife are involved in a custody dispute over their son. Their son, however, was almost certainly conceived when his ex-wife was raped. A vengeful Ray murdered and dumped the body of the man who raped his ex-wife. Ray is currently losing the custody battle with his ex-wife because he has problems with his temper. Ray was also shot with a riot shotgun by the mystery killer in the bird mask while investigating Ben Caspere’s sex lair. The mystery killer escaped Caspere’s lair with a Web cam, the contents of which are unknown.

Frank Semyon is a career criminal who runs a poker room, takes kickbacks and runs drugs. He also owns a casino. He had attempted to go straight by buying land where a high-speed railroad project was set to be built, a deal with would have made his children rich, if he had children (Frank and his wife, Jordan, are having problems conceiving). His land-deal purchase hit a major stumbling block, however, when Ben Caspere died. Caspere was holding the $5 million that Frank had meant to use to purchase the land. That $5 million is gone, and Frank has returned to his criminal ways in an effort to earn back enough money to invest in the land deal.

Ray and Frank are also associated with each other. Frank gave Ray the name of the man who raped his ex-wife, and in exchange, Ray has been doing favors for Frank ever since. They have been assisting each other in the investigation of Caspere — Frank because he wants his $5 million, and Ray because it’s his job.

A Russian gangster by the name of Osip was also meant to partner with Frank on the land deal, but Osip withdrew his offer because of Caspere’s death. Frank’s right hand man, Blake Churchman, has also been cozy with Osip, to the dismay of Frank.

One of Frank’s henchmen, Stan, has also turned up dead. We do not know who killed Stan.

Austin Chessani is the corrupt mayor of Vinci. He has his fingers in every pie. He also takes kickbacks from Frank from the poker room. The state is using Caspere’s murder as an excuse to investigate Chessani’s corrupt practices. Chessani assigned Ray to the murder investigation, not necessarily to solve it, but so that Ray would keep the mayor apprised of developments.

Lieutenant Kevin Burris is Chessani’s lieutenant. Some suspect Chessani and Burris are either directly responsible for Caspere’s death, or are working in cahoots to cover it up.

Chessani also has a son who organizes sex parties that Ben Caspere — who had a fondness for prostitutes — frequently attended, being last seen with a prostitute named Tascha. Caspere also attended one of these sex parties with the Ashley Daison, director of a film shooting in Vinci. Caspere and the director were looking for financing at the sex party. Also, the car that was used to transport the dead body of Caspere was stolen from Daison’s film set.

Eliot Bezzerides, Ani’s father, is some kind of new-age guru. He was a terrible father. His wife — Ani’s mother — committed suicide in 1978. 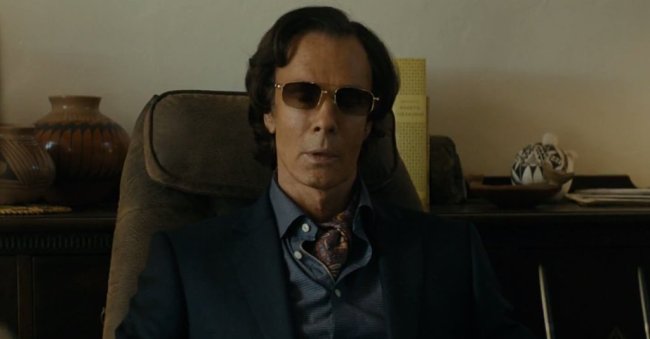 Dr. Irving Pitlor was Caspere’s doctor. He, Eliot Bezzerides and Mayor Chessani used to hang out around the time that Ani’s mother committed suicide. There is the possibility that the death of Caspere is related to a conspiracy between Bezzerides, Chessani and Pitlor.

Detective Dixon was Ray’s shady partner, who was keeping tabs on the investigation. He may have been a spy for Mayor Chessani.

Detective Dixon — possibly under the orders of Chessani or Burris — helped steer the investigation into Caspere’s murder toward Ledo Amarilla, a member of the Santa Meurte gang. During a shootout in the most recent episode, Ledo Amarilla, all of his men, and all the police officers involved in the raid except for Ray, Ani, and Paul were killed. (Dixon was also killed).

At the end of the most recent episode, we were left to believe that Amarilla killed Caspere, and that Ray, Ani and Paul had gotten their man. It is 99 percent likely that Amarilla either didn’t kill Caspere, or that Amarillo did it on behalf of someone else: Chessani, Buress, Pitlor, Frank, Ashley Daison or someone else entirely.

There are currently a number of theories floating around concerning the culprits behind death of Ben Caspere, including the Lady of Death cult, the Bohemian Grove secret society, someone on the film set, an alternate personality of Frank’s, or even that the case is tied to the season one case. The fan favorite theory, however, is that Rust Cohle from season one is the bird-man killer.

That would be amazing.