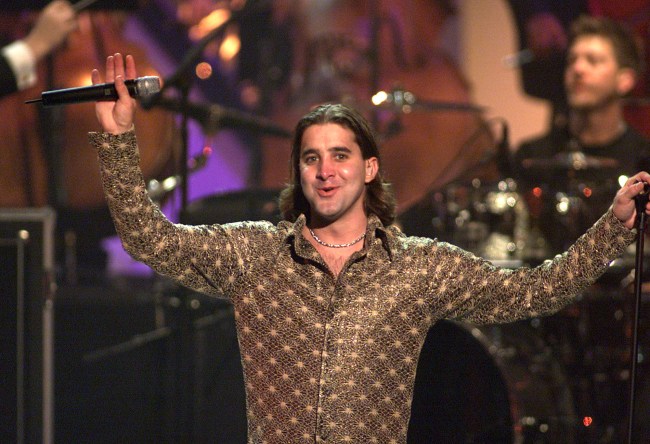 Long-running bands replacing their lead singers is apparently building into a bit of a trend. First, AC/DC replaced Brian Johnson, due to his hearing concerns, with Axl Rose, who has reunited his own band Guns N’ Roses, as well. Now, Stone Temple Pilots have also found a new singer that you may already be familiar with. If he is to be believed, Stone Temple Pilots are now going to be fronted by Scott Stapp.

Yes, Scott Stapp, the oft maligned singer best known for his work in Creed, says he is in line to be the latest man to front the Stone Temple Pilots. Scott Weiland, the original lead singer of the band, sadly passed on late last year after a lifetime of drug issues, and his replacement, Linkin Park’s Chester Bennington, has left the band.

Stapp spoke on an Atlanta radio station to promote his solo tour, and said he could “neither confirm or deny” that he would be taking over as the singer for Stone Temple Pilots, but he also said:

“I’m excited to be back out on the road also been working on a new album with a new group of guys. Guys from some pretty well-known rock bands that you guys will know. I can’t really share the details about it but there’s a lot of good things going on that I can’t tell you till later in June when we’ll be making the announcement… This other band I’m jamming with is its own band with its own band name.”

While Stapp does have experience singing for a successful rock band, and seems to make sense for a band like Stone Temple Pilots, he is not without his own baggage. And it’s entirely possible he’s just ginning up excitement for fronting a less beloved act. However, if STP are determined to press on without Weiland or Bennington, they have to look somewhere.