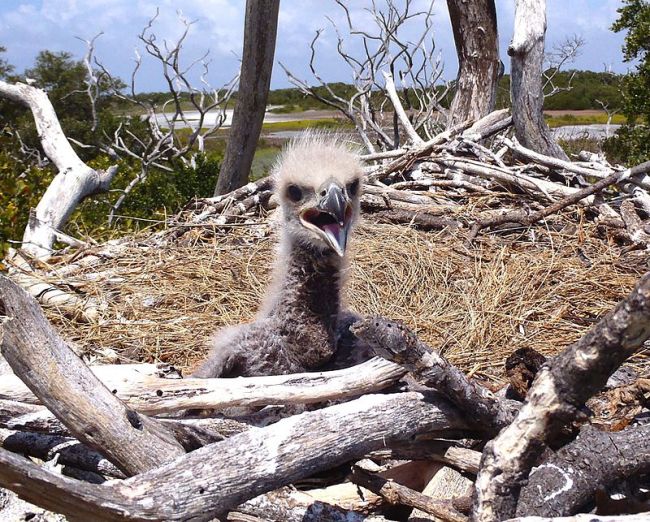 Were you planning on getting anything done for the rest of the day? Don’t. Your nation needs you. Stop what you’re doing immediately, because you’ll want to watch this fantastic live feed of two bald eagle eggs who are ready to be born into adorable baby eagle chicks at practically any second. The The American Eagle Foundation posted this screenshot late Wednesday night of this cracked egg, which means the chick is expected to be born any time today, as it typically takes 12-48 hours for the hatching process to be complete. Its sibling will likely be born over the weekend.

The proud parents, two eagles aptly named Mr. President and The First Lady, are residing in a nest at the National Arboretum in Washington, D.C., flying proudly over our nation’s capital in a tulip poplar tree. The mated, monogamous pair of eagles made news in 2014 by choosing to reside in this idyllic, patriotic location–the first time bald eagles have nested there since 1947.

It was a big enough deal that the USDA and the American Eagle Foundation paired up with the National Arboretum to offer 24-hour live streaming of the eagles, who have been reality stars since 2015, when Mr. President and The First Lady laid their first egg and successfully raised a baby chick

According to the Washington Post, the public will also be able to choose and vote on the names for the two new eaglets once they are born. Sasha and Malia? Bernie and Hillary? Drumpf and Drumpf? You be the judge!