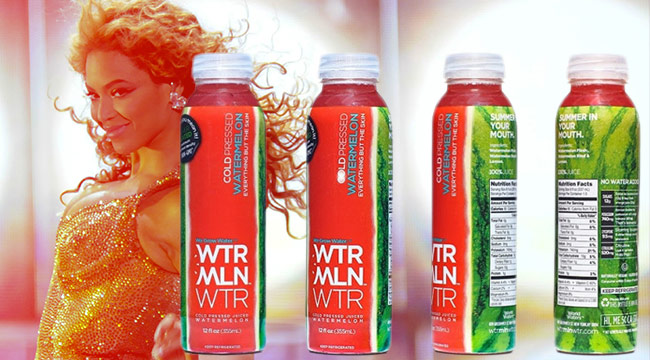 Beyonce is jumping onto the “ugly fruit” trend in a remarkably on-brand way. King Bey just invested in WTRMLN WTR, a juice company that uses blemished melons to make their drink.

“I invested in WTRMLN WTR because it’s the future of clean, natural hydration; as partners, we share a simple mission to deliver accessible wellness to the world,” Beyoncé said in a press release. “This is more than an investment in a brand, it’s an investment in female leaders, fitness, American farmers, and the health of people and our planet.”

As calculating as Bey is about her public image, it’s not going too far to think that Bey had this in mind when she sang “Drunk in Love” back in 2013. “I been drinking, watermelon” doesn’t exactly seem like an accident now, does it? Or maybe she just saw the Last Week Tonight segment on “ugly fruit” like the rest of us and decided to do something about it.

No matter her reasoning, it’s a step in the right direction. The U.S. wastes around $165 billion in food every year and a startling 40 percent of all produce in the United States goes straight into the trash. With fruits like watermelons, the situation is especially dire. According to a study by the National Resource Defense Council, the United States, Australia and New Zealand only eat 48 percent of the fruit produced for sale in those three countries every year, meaning that fruit is more likely to be wasted than not.

(Via First We Feast)