Rappers are always promising joint albums — or just feeding existing rumors about them based on fan speculation — but Lil Baby and Lil Durk’s proposed collaborative tape appears to be more real than ever after both principals spent the weekend hyping its eventual release on social media. While Lil Durk tweeted about the album and posted on Instagram, Lil Baby was busy avoiding Twitter, so he instead shared his thoughts via Instagram Story.

“Aye y’all tell @lilbaby4PF let’s drop that tape,” Durk tweeted. “Streets need this.” He followed up with a post on Instagram promising fans that the two rappers would drop the tape provided the post received 100,000 comments.

Meanwhile, Lil Baby first shared a screenshot of a fan account’s post to his Story, adding the text, “Aye y’all, tell @LilDurk let’s drop the tape.” Then, after Durk posted about it on Instagram, Baby shared the post to his Story, wondering, “Bra, why the hell you playing?” 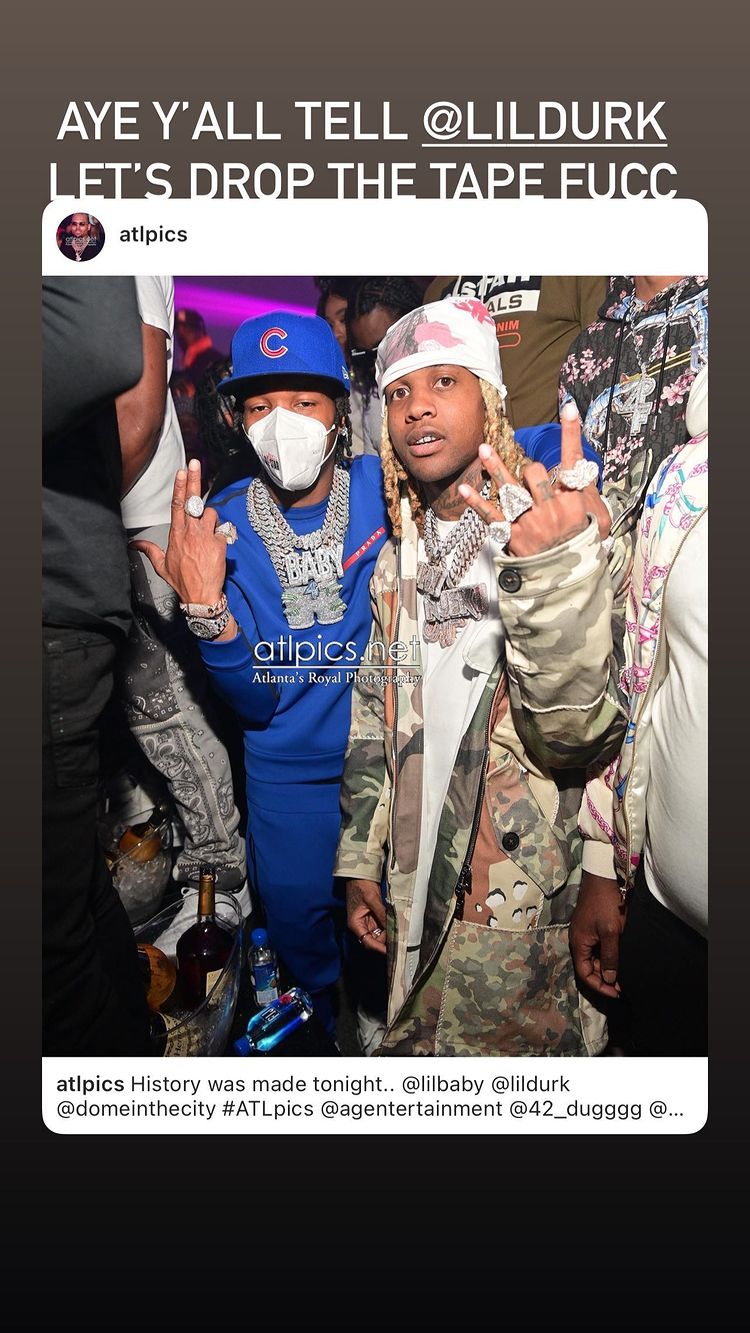 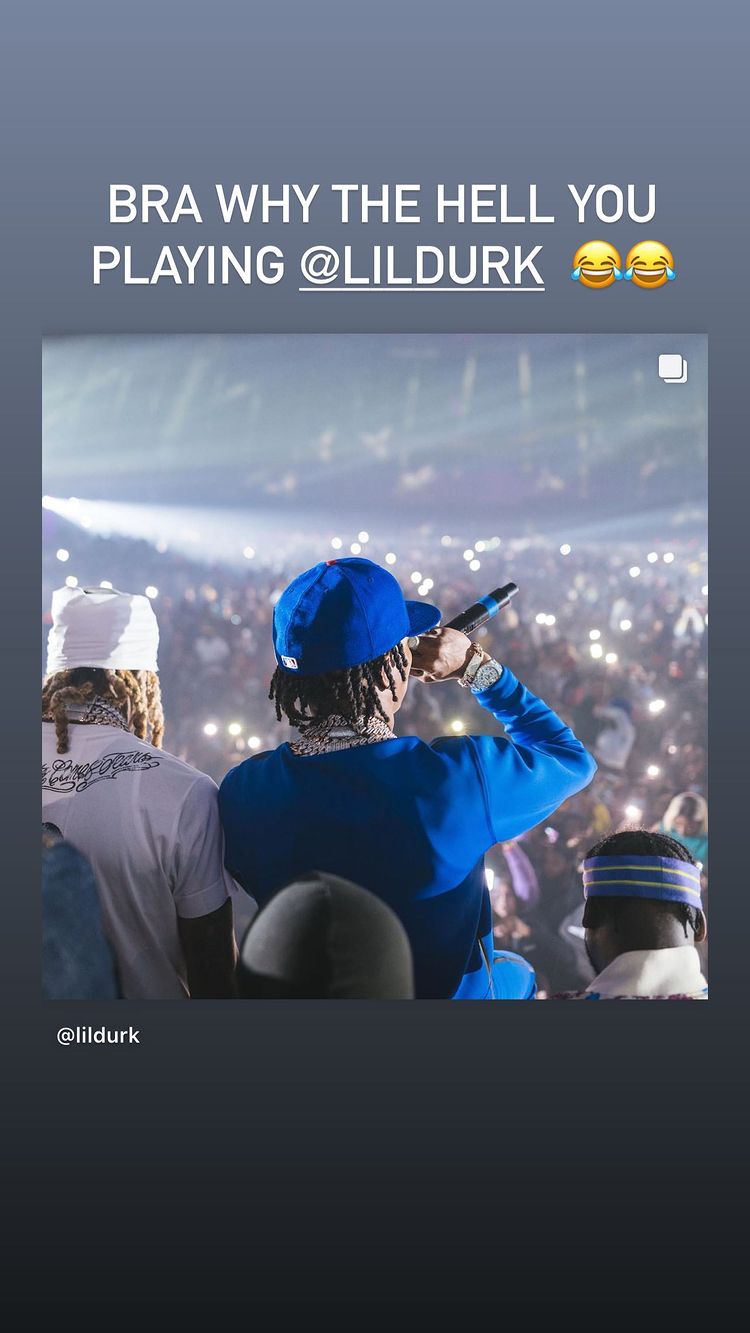 The clamor for their crossover has reached a fever pitch mainly because the duo’s last collaboration, “Finesse Out The Gang Way,” was well-received by fans of both artists. The newly resurgent Durk has been on a roll for the past two years, just as Lil Baby emerged as a force himself. As both rappers climb into the upper tier of rap stardom, it’s only natural that fans would want to see them work together — especially considering their chemistry on tracks like “Finesse” and “3 Headed Goat.” Plus, Baby has proven he can bring the best out of a collaborator on 2018’s Drip Harder with Gunna, so giving Durk the same foil may result in some spectacular contemporary rap.

Will they actually drop a full project? Who knows, but maybe Durk can give Baby some pointers on his jump shot after Saturday’s disastrous showing at the B/R Open Run two-on-two game with Jack Harlow and Quavo.