Saweetie Is The Latest Artist To Get Her Own McDonald’s Meal, Complete With ‘Saweetie N Sour’ Sauce

After the Travis Scott and J Balvin meals helped to lift McDonald’s out of a pandemic-induced sales slump, it’s only natural that the fast-food titan would want to continue its collaborations with popular musicians to keep the party going — and it looks like the next choice is one that already gets plenty of attention thanks to her exotic and elaborate snack concoctions. That’s right, Saweetie is getting her own McDonald’s meal, a combination that the phrase “match made in heaven” was coined to describe to a T.

The Saweetie meal goes on sale on August 9 and includes a Big Mac, a four-piece Chicken McNuggets, medium fries, a medium Sprite, and “Saweetie ‘N Sour” and BBQ sauce. The meal will come in new packaging inspired by Saweetie’s “Icy” branding and the restaurant chain wants fans to “remix” the meal by topping the burger with fries, just like the “My Type” star has done on her fan-favorite live streams. 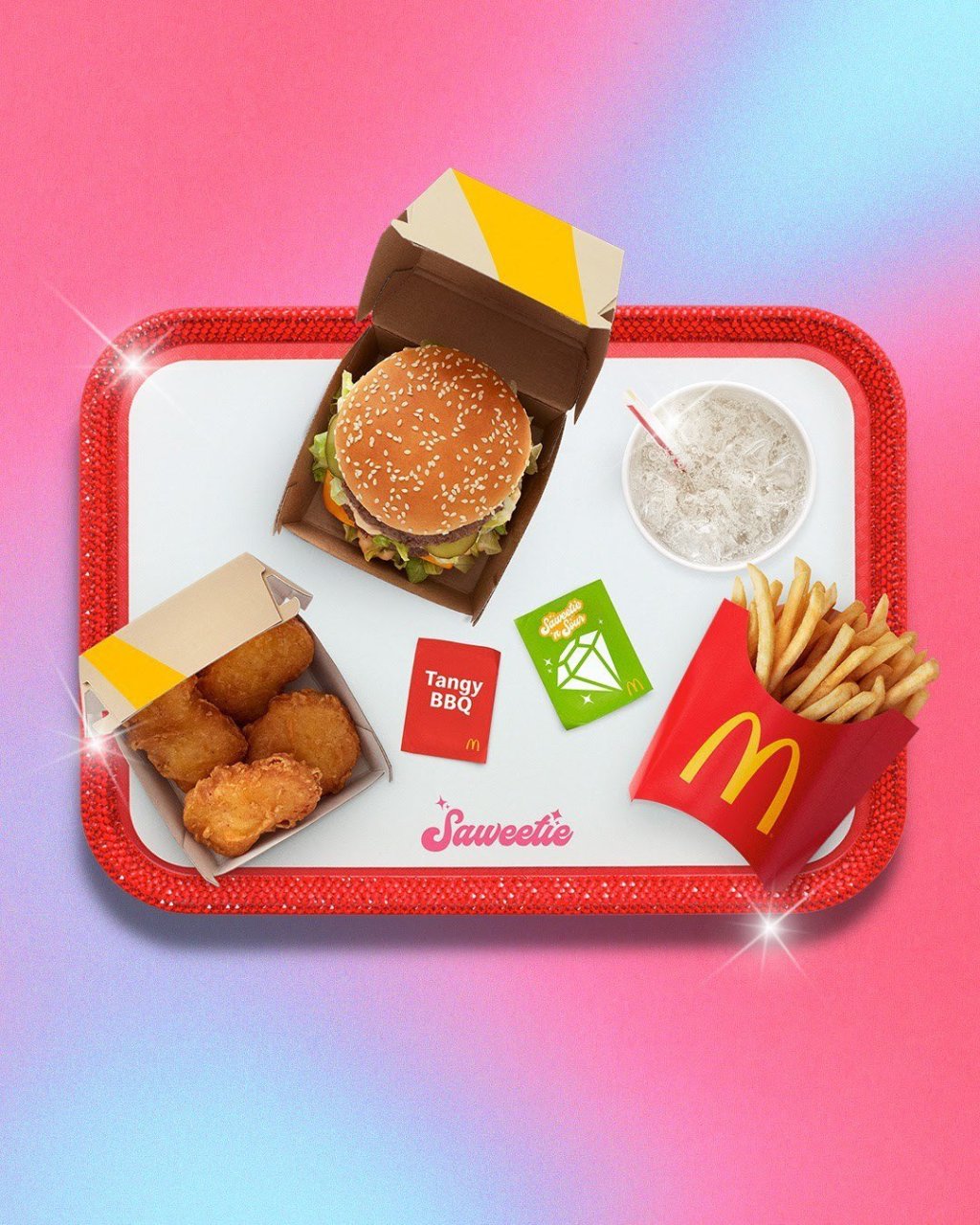 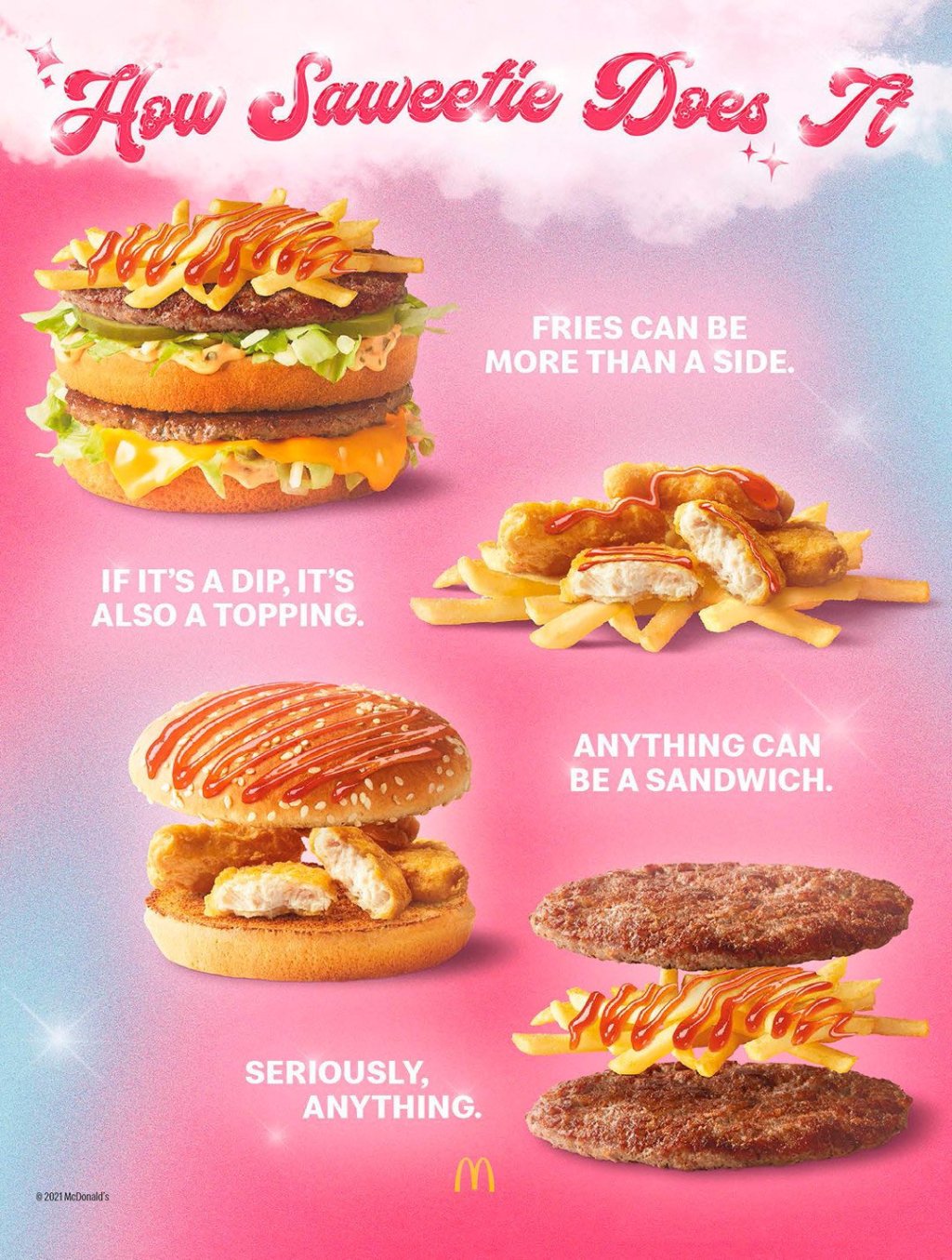 Saweetie’s food concoctions regularly go viral as she combines items that some fans don’t believe go together — like spaghetti and ranch dressing — prompting jokes that the rapper has an “iron stomach.” The McDonald’s meal makes sense, as one of her most infamous combos prominently featured the restaurant’s sandwiches, namely a McChicken and a McDouble put together. She’s also joked about removing her brand new tongue piercing just so she could enjoy a burger.

Saweetie has also been working on her debut album, Pretty B*tch Music, although she’s pushed it back a few times to tweak some things after meeting Cher and having an epiphany. In the meantime, fans can chow down on the Saweetie meal and run back her hits “Back To The Streets,” “Best Friend,” and “Fast (Motion).”