Girl Scout Cookie season is upon us once again. That means we’re ranking them, dissecting which are more delicious, and ending friendships over the fact that some idiot thinks that a Trefoil is the best cookie available on the market. But have you ever considered pairing your Girl Scout cookies with wine? Because that’s really what elevates eating an entire box from a binge to a “classy affair for one.”

Here’s a fun infographic from Vivino (which bills itself as the world’s largest community of wine drinkers) that shows exactly how you should be making your pairings. It seems pretty spot on (check out some high-res images here if it’s not big enough on mobile), except for the part where Samoas make the list and aren’t just shown being destroyed by a trash compactor (come at me). 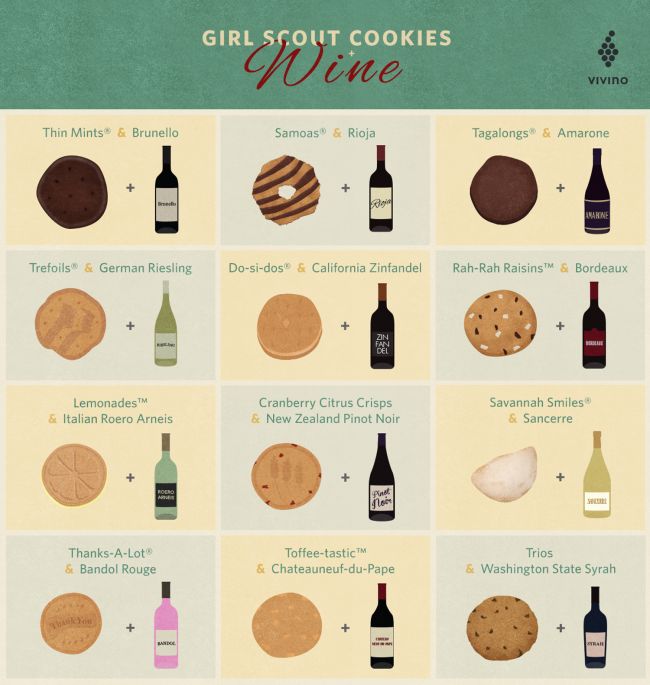