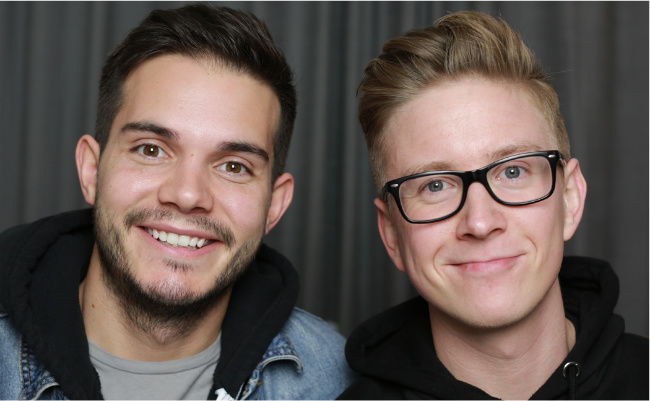 This season of The Amazing Race has been subpar at best, with many of the teams boring audiences or just completely botching the race tasks altogether. It’s been a long time since something as exciting as someone taking a watermelon to the face via slingshot happened. So in an effort to spice things up again and attract a younger crop of viewers, CBS is stacking the cast of Season 11 with internet stars from YouTube, Instagram and Vine. If you want to seem even older than “Vine stars being cast in The Amazing Race” makes you feel, some of them are even racing with spouses.

That’s right, not only are some of these racers wunderkinds with millions of followers and just as many dollars in their bank accounts, some are old enough to be married. Nothing makes you feel as unaccomplished as a 20-something YouTube celebrity not only being rich and famous and settled down, but being famous enough to be plucked by CBS for an around-the-world reality show. It’s like wedding season on Facebook, viral videos and those crippling insecurities about making your parents proud rose out of the internet as a modern Cerberus. Here’s who to expect:

The season of social media madness will not only consist of the contestants utilizing as many social outlets as possible to boost their chances of winning, but host Phil Keoghan streaming certain locations live as well. As he is quoted at Mashable:

“We live in such an exciting time. Technology is evolving so quickly, sometimes it feels like we’re actually living in the future…The way we source our news, entertainment, interests … and the personalities we meet online, just would not have been possible a few years ago. We’ve decided to give a group of the world’s biggest social media stars a chance to share the world with audiences like never before.”

Only time will tell whether this strategy pans out for CBS and their bottom line, but they’ve certainly got the internet collectively buzzing about the season already. Some simple math says that even if half of each racer’s followers decide to follow them to network television, then CBS could reasonably rack up a few million more viewers than they are getting right now for TAR. Nobody ever said The Diamond Network stayed on the top of the heap by making stupid decisions.