In 1766, Sweden became the first country in the world to abolish censorship, because they’re cool like that. On the 250th anniversary of that monumental achievement, the Swedish Tourist Association introduced a phone number for the entire country. Swedes, uncensored, because they rightly believe that Swedish people themselves are the best advertisement for why you should visit the country. And you can talk to them about ANYTHING.

All the Swedes have to do is download an app to their phone, and they can take calls from international visitors (according to the website, the majority of people calling Sweden so far are us curious Americans) and then you can chat about anything you want. It’s completely anonymous on both sides, free for them, and the cost of an international phone call for you.

Once you’re connected, you can talk to the Swedes about literally anything you want. Do they like their democratic socialist government? How cold does it get? Do they really eat Swedish meatballs? Who would win in a house music fight: Avicii or Swedish House Mafia?

What I wanted to find out (as someone who has never been to Sweden, but is greatly interested in traveling to their country) is what their favorite places to visit were. So that’s what I did! I loaded up $25 to my Skype account and called the number: +46 771 793 336. And while sitting in my pajamas in the comfort of my home in the good ol’ United States of America, I got to have one of the most fascinating experiences of my life, talking to five different Swedes.

The first person I connected with was Eva. She was chipper and polite. She told me she lived on the East Coast of Sweden, “facing Finland” with a view of the Baltic Sea–around four to five hours away from Stockholm.

When asked about her favorite place to visit, she began raving about the Storsjöyran Festival in the city of Östersund. The music festival takes place the last weekend of every July and has been up and running since the 1960s. It celebrates the spirit of the unofficial republic of Jämtland, which was an independent nation before Norway, and eventually Sweden, seized control of the land. They pride themselves on having their own dialects, customs, and cuisine as being a little bit different from the rest of Sweden.

So if you’re the kind of traveler who looks for things that are off the beaten path, if you love outdoor music festivals in beautiful cities, then the Storsjöyran Festival in Östersund is your jam.

Magnus was a little startled–I was his first international call through the service. Scandinavians often have the reputation for being reserved and cold, while I was once described as being “violently extroverted.” I was afraid my personality would clash with the people I was calling. However, from my five conversations, I found this “rude Scandinavian” stereotype to be completely untrue. The Swedish people I talked to were very kind and friendly. Magnus may have been a little shy, but he was still happy to talk to me about Sweden.

He lives in northern part of Gothenburg, which is the second-largest city in Sweden and is located on the west coast. Magnus recommends you visit the West Coast archipelago, which are thousands of islands that stretch from Gothenburg to the border of Norway. “I grew up there,” he told me. “It was lovely.”

If you’re an outdoorsy type, someone who loves hiking and kayaking and exploring nature, then West Coast archipelago might be the right choice for you. The quaint little fishing villages all up and down the coast offer a sense of nostalgia, and apparently, some awesome seafood to boot. On June 6, there’s a whole Day of the Herring dedicated to Sweden’s favorite fish.

Of everyone I spoke to, Lars was the coolest of the bunch. I could tell immediately. Visions of Daniel Craig as Mikael Blomkvist from The Girl with the Dragon Tattoo came to mind as we spoke. He DID live in Stockholm, so maybe I was right! He seemed to be thoughtful and intelligent, and he expressed grave concern over the presidential primary elections in the United States. Meanwhile, if you held a gun to my head right now, I could not name the Swedish prime minister. (I looked it up. It’s Stefan Löfven.)

If you’re a first time visitor to Sweden, or if you can’t decide if you want to visit the bustling city of Stockholm or the more natural surroundings of the country, this is your spot. 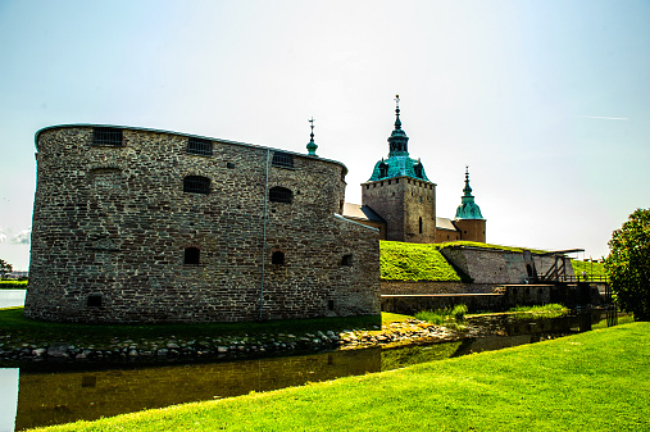 Martin, a resident of Örebro, told me his favorite location was the county of Kalmar, which is known for its ancient castles and classic architecture. Kalmar was one of the most important cities in Sweden until the 19th century–home to the Church of Sweden’s Kalmar Diocese and Kalmar Cathedral, where I assume Martin and I will be getting married when I visit.

I asked Martin what he liked most about Kalmar, and he mentioned that they had “excellent apples” before telling me that he was looking at my Twitter profile and that I was beautiful. I told him if he followed me, he could see when this article got published, but he never did–leading me to believe he was, instead, looking at a complete stranger’s Twitter profile.

If you enjoy the traditional architecture, stunning art, rich history, and ancient feel of other European cities, but want to experience that in Sweden (which is likely to be much less expensive than, say, Paris) go for Kalmar. Who knows, you might even find Martin…and love.

When I called Mirka, who lives in a suburb of Sweden, I was immediately greeted with an enthusiastic “Hallå!” Mirka was outside discussing landscaping with her neighbor Sanna. And they both regularly interjected to tell me everything they thought about Sweden. Mainly that they both adored it. And I adored them.

Mirka told me that her absolute favorite place to visit in all of Sweden was actually nearby: old town Stockholm, which is also referred to as Gamla stan. It’s full of medieval and Renaissance architecture. Once considered slums of Stockholm; since the 1980s, they’ve been a growing tourist attraction. And tourists aren’t the only ones: historians are lining up to see one of the most well-preserved medieval cities in all of Europe.

Mirka and Sanna also pointed out a fact of which I was not aware: you won’t see any “No Trespassing” signs in Sweden. That’s because Sweden has given its citizens (and its visitors!) the freedom to roam all over the country anywhere. Obviously you can’t stomp around in someone’s house or destroy their garden, but if you’re hiking, there’s no property that’s off-limits, and an angry man wearing overalls isn’t going to come out and shoot you for stepping over the line. You can even fish without a license. The basic rules of public access are: “Show consideration, don’t disturb, don’t destroy.” That’s pretty excellent advice, too.

If you’re returning to Sweden for a second visit or if you’re a hardcore history buff, then old town Stockholm, with its preserved battleships, is definitely not to be missed.