by: David Pemberton
Presented By
The All-New Prius
March 29, 2016

Yung Jake doesn’t want to break the Internet. But sometimes it feels like he’s trying to.

He released a mind-melting, awe-inspiring interactive HTML5 music video in 2012 called “E.m-bed.de/d.” The video uses pop-up windows to take over your screen, aping the look and feel of a normal browser viewing YouTube, with insane reactions generated at random, based on line-cursor placement. If you’re having trouble imagining what the video looks like, well, don’t feel bad, because E.m-bed.de/d is almost impossible to explain.

In fact, that’s kind of the point.

LA Weekly said that the video “satirizes viral culture.” That description makes sense, but is lacking both in intent and perspective. Yung Jake wasn’t trying to make a statement about the Internet with E.m-bed.de/d, he was just playing with the Internet, he was using the Internet as a pallet, he was doing something that we’ve never seen before.

“I think it’s not like anything people have seen before,” Jake said. “I think the point in making it is showing people you don’t have to do things in a normal way.” 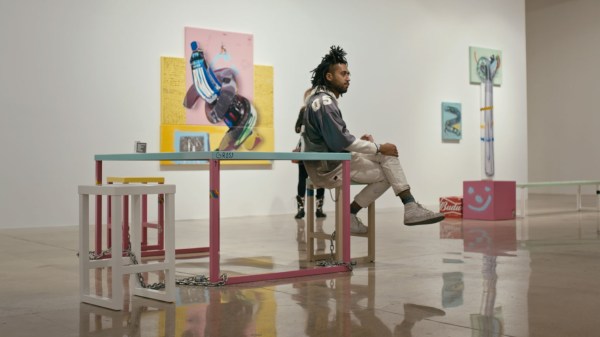 And, if anything is certain about Yung Jake, it’s that he doesn’t do things the “normal way.” In fact, Jake refused to communicate in any form other than text messages during a recent interview with Complex Magazine, even though Jake and the interviewer were in the same room.

Some people would call that a performance, and maybe they’re right. Jake’s text messaging could be an adopted affectation, but, if it is, it’s one he’s extremely committed to. Yung Jake is making art out of youth culture—out of the culture of the Internet—and it just might be the exact direction that modern art needs to evolve.

“Until I hung out with Jake, I didn’t think I would understand art,” explains Jordan, Yung Jake’s real-life roommate and hype man. “He does things that people consider art, but it’ll make you laugh…I think he’s bridging the gap between the art world and the normal world.”

A perfect example of how Jake connects art to “the normal world” are his celebrity emoji paintings. Let that sink in for a minute, that the last three words of that sentence were written in correct order. It’s not a typo.

“Everyone likes emojis and everyone likes celebrities,” explains Yung Jake. “Seeing Larry David out of emojis, obviously it’s going to blow up. It’s fun to do. That’s why I do it. Cause I don’t like doing shit I don’t enjoy.”

“I make rap music. I make sculptures. Clothing. Awkward situations. Videos. For me and other people,” continues Jake. “I just try to have fun with everything. If I don’t enjoy doing it, I don’t want to do it…I feel like it’s wrong to show consumers something that you don’t have a passion [for].”

Yung Jake’s approach to art is at once nonchalant and complex, blasé and intentional, passive and aggressive. Who else would count making “awkward situations” as one of his mediums? He’s a dichotomy, a contradiction, a real piece of work. Everything he creates is done, more or less, for the fun of it, in a way that raises the question “is this art?”

The short answer, the only answer, is yes. It’s art. Get over it.

“If it makes you feel something, then it’s dope,” says Jordan, speaking of Yung Jake’s work. “Even if people find it disgusting or funny. If there’s a feeling attached to it, it’s dope.”

Yung Jake’s work evokes an emotional response, and one that’s appropriate to youth and Internet cultures. If the main purpose of art is to evoke an emotion from its audience, and Jake’s emoji paintings or immersive videos give his contemporaries a feeling of “dopeness,” then yes, it’s art. The work isn’t just cutting edge… it’s reinventing the knife. 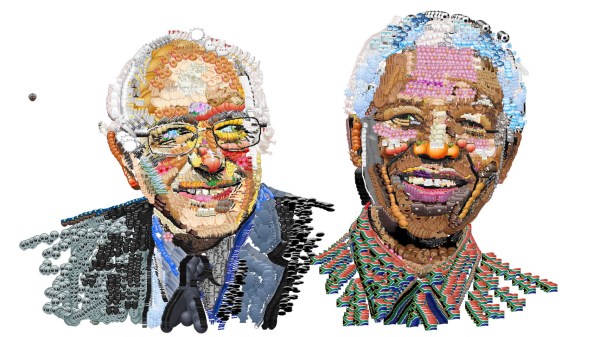 “He’s making work that is living on the Internet,” says Steve Turner, owner and proprietor of the Steve Turner Gallery in Los Angeles. “It encompasses a lot, he’s kind of post-everything.”

Jake is making art out of the Internet and Internet culture, he’s taking content that is vapid and user generated and produced en masse and turning it into something that makes us think. He’s taking the “now” and creating the “next.” So, yes, celebrity emoji paintings might seem random and structureless, but maybe that’s where art is headed — the convergence of our modern obsessions.

“I think evil is structure,” says Yung Jake. “I want people to question…rigid structures and change them.”

And that single line might be the closest that Yung Jake will come to signifying a purpose in his work. He’s constantly talking about doing things because they’re fun, or because they’re natural, or because creating is simply his core function. For an artist who was born on the Internet, it makes sense that Jake is less concerned with cause and more concerned with effect.