So, how about that Marvel Cinematic Universe trailer that dropped yesterday? If you’re anything like us, you’ve probably watched it three times by now, and have soaked up every moment of Stan Lee’s touching monologue as well as the accompanying footage showing how far the MCU has come.

However, the new trailer is not just a celebration of remembrance — there’s a lot of new information tucked into those three minutes, and we’re here to help lay it all out for you with a list of phase four’s upcoming movies.

Despite being one of the earliest superheroes in the Marvel Universe, it’s taken quite some time for Black Widow to get her own movie — and unfortunately, the ongoing pandemic didn’t help. However, she’s here, and she’s not only kicking a whole lot of ass but is kicking off the fourth phase of the MCU.

2. Shang-Chi and the Legend of the Ten Rings (Sept. 3, 2021)
Shang-Chi and the Legend of the Ten Rings has been a long time coming. Like. A long time coming. After years in and out of development, fans finally get to see the character who’s been teased since Iron Man later this summer and it’s a pretty big deal. Shang-Chi is the first new addition to the Marvel family since the events of the last two Avengers films, and is also the first Asian hero to join the foray.

Compared to many of these movies on this list, there isn’t a ton known about Eternals, however, what we do know is impressive. Eternals features an ensemble of A-list stars bringing brand new heroes and villains to life and a script written by Academy Award-winning director Chloe Zhao. Oh, and secret aliens.

No Way Home is Tom Holland’s third entry in the Spider-Man series and might be one more for both Tobey Maguire and Andrew Garfield, if the rumors are true. Following the events of Endgame — and based on what we know so far about Marvel’s upcoming films — it seems the universe is going to start leaning heavily into the idea of well, universes, which would allow for both these characters to return.

The new Doctor Strange film picks up where WandaVision left off and, much like Spider-Man, seemingly promises to explore all the messiness of the Marvel multiverse. Multiverse of Madness might also be the MCU’s first steps into horror, with Sam Rami directing.

After a hiatus from the MCU, Natalie Portman is back as Jane Foster in Love and Thunder, and she might just get a chance to wield Thor’s iconic hammer this go around. Also coming back are the cast and crew from Thor: Ragnarok, including Tessa Thompson, Jeff Goldblum, and Taikia Waititi.

Out of respect for Chadwick Boseman, who played Black Panther prior to his passing last year, the script for Black Panther has been altered and director Ryan Coogler has confirmed he will not recast T’challa. While we’re unsure of what Wakanda Forever holds, it’s sure to be a very emotional journey for fans.

While this movie was originally billed as a Captain Marvel film, the new name and logo allude to The Marvels instead being a fun romp featuring both Captain Marvel and MCU newcomer Ms. Marvel. We’re sure to get our first taste of what’s to come when Ms. Marvel’s Disney+ show airs later this year.

Where Ant-Man has, ironically, told fairly small stories in comparison to the likes of Captain American and co., Quantumania — which features Jonathan Majors playing the iconic Marvel villain Kang the Conqueror — might just be the reason the Avengers are called together again. In addition, his ties with The Fantastic Four might just make this story a fantastic gateway into the upcoming Fantastic Four movie.

As of right now, not much is known about the third Guardians of the Galaxy film, but with James Gunn behind the camera, it’s sure to be a whole lot of fun accompanied by a killer soundtrack. 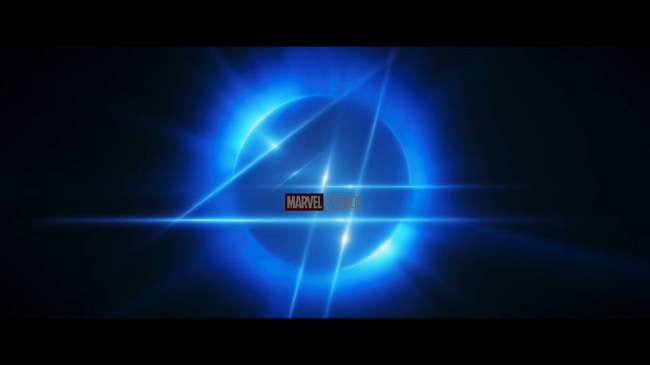 11. Fantastic Four In the comics, The Fantastic Four are an incredibly big deal to the Avengers and the Marvel Universe at large. The only reason they didn’t pop up in the MCU sooner was because they were owned by Fox, and thus couldn’t make any Disney appearances — until now. While we don’t know what’s happening and how the squad gets involved with the rest of the Avengers, whatever it is, it’s going to be big.
Join Discussion
⇤ Back
Listen To This
Vance Joy Tells Us About His Favorite Festive Songs In His Holiday Playlist
December 6, 2021by: Zac GelfandTwitter
The Best R&B Albums Of 2021
December 6, 2021by: UPROXX MusicTwitter
All The Best New Music From This Week That You Need To Hear
December 6, 2021by: Derrick RossignolFacebookTwitter
The Best Indie Albums Of 2021
December 6, 2021by: UPROXX MusicTwitter
All The New Albums Coming Out In December 2021
December 1, 2021by: Derrick RossignolFacebookTwitter
All The Best New Pop Music From This Week
November 30, 2021by: Carolyn DrokeTwitter
×