Doja Cat Should Have Headlined Coachella 2022

When it was first announced that Kanye West had dropped out of Coachella’s Sunday night headlining slot just weeks before the festival, one of the names floated during the flurry of speculation about who would replace him was Doja Cat. In the time since her name had first appeared on the flyer for the canceled 2020 edition of the festival, that name had jumped up three lines and gotten several font sizes larger. Now that that long-delayed Coachella debut has happened, it’s clear that Doja’s name should have jumped up one more line.

While Doja isn’t technically a total Coachella rookie – she joined Rico Nasty onstage in 2019 – this is her first time appearing on the festival’s lineup. In 2019, Doja was still primarily known as the “Mooo!” girl in most online circles but since then, she has proven that she’s no joke. Her Hot Pink song “Say So” was the breakout hit of 2020, climbing all the way to No. 1 on the Hot 100 propelled by a TikTok trend, a Nicki Minaj remix, and a spicy (and ultimately unfulfilled) promise.

Yet, throughout that incredible run, Doja was never afforded the opportunity to perform it for real, in front of an audience of fans who were there to see her rather than whatever award show she happened to be on. Likewise, when “Streets” also took off thanks to its own massive viral moment on social media (Google “silhouette challenge” if you’re unaware), Doja was unable to take the show on the road, so it was probably hard to get a bead on just how big she’d gotten in over the course of the year leading up to the release of her third album, Planet Her.

But now, we’ve definitely seen all the evidence we need to say that Doja should have headlined Coachella 2022 – and will more than likely do so in the near future. An exuberant set with flash and color, Doja’s performance had all the components of legendary sets like Beyonce’s. She gave us costume changes and a creative stage design; she served choreography and dazzling live arrangements of her growing collection of past hits. She even returned Rico Nasty’s favor, bringing out her old friend for a zany rendition of their collaboration “Tia Tamera.”

That last one is notable because that’s the sort of thing a headliner does: Lend their platform to bequeath just a bit of their notoriety to a deserving successor. Doja and Rico are more like peers, but it’s likely that bringing Rico on during Doja’s set exposed her to a much wider audience of both attendees at Coachella and fans watching the livestream at home. Just imagine how much bigger that audience could have been with Doja closing out the festival.

Doja’s set synthesized all of the experiences and strategies she’d picked up over a year of performing almost solely for television. Sure, she’s always had a gift for showmanship, but that confidence doesn’t always translate to a big stage – it did Sunday night, though, and in spades. She showed a picture-perfect handle of how to perform to both the crowd at the polo grounds and to the cameras, flashing her broad, genuine smile at just the right moments to accent a particularly deft show beat, and display her well-practiced vocal skills with ease and charisma.

It’s fitting that she was also just about the culmination of Sunday’s showcase of genre-bending hip-hop (and yes, Doja Cat is very much a hip-hop artist). If Friday and Saturday were about surveying where hip-hop is and its probable future, then Sunday saw the various permutations the genre can accommodate when the boundaries are ignored. Throughout the day, hip-hop spread its wings, delving into acts that challenge the genre’s status quo with their sonic experimentation – acts like Compton house-hop rule-breaker Channel Tres, rebellious rabble-rousers Run The Jewels, and eclectic journeyman Denzel Curry, who brought his own X-Wing from Star Wars to the Sahara stage.

It gave me a lot of joy to see the crowd spilling out of the Sahara tent at Channel Tres electrifying afternoon set (probably stemming from hometown pride), while Run The Jewels drew a sizable crowd of their own to the main stage just a few minutes later. Vince Staples, fresh off his tour with Tyler The Creator, worked on expanding his set with nods to his newly released album, Ramona Park Broke My Heart. During his set, he bantered with a fellow Long Beach native in the front row, teasing him for confusing the city’s east side with Vince’s beloved Norf Norf.

UK rapper Dave ended up being one of the few exceptions to the unofficial “hip-hop at Sahara” rule in effect this weekend, blessing the Mojave tent with a scintillating performance that saw him rap, sing, play his guitar (sadly, not the flamethrower one from the BRIT Awards), and share the stage with an enthusiastic fan from London named Spike. Spike didn’t just know every word; he performed with Dave like they’d been rehearsing all week, blowing away the artist as much as the crowd.

Doja Cat capping off this lineup inadvertently became a pretty pointed statement on how expansive hip-hop has become. In recent weeks, the debate over whether or not she counts as a rapper intensified after veteran rapper Remy Ma refused to classify her as one. With a Coachella set that leaned into displaying her rap skills, backed by a wide array of musical styles from Afropop to hard rock, Doja Cat didn’t just prove that she’s a rapper. She also made a pretty solid argument that she is one of the biggest and best rappers — and performers — on the planet. The next time we see her name on a Coachella flyer, it might just be in the big print after all. 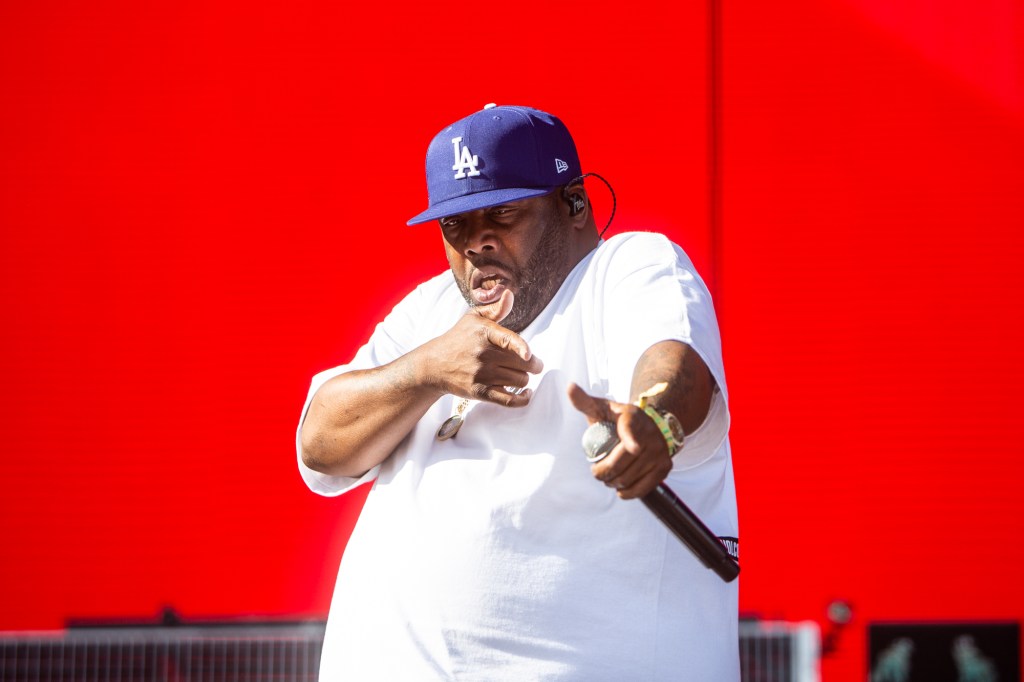 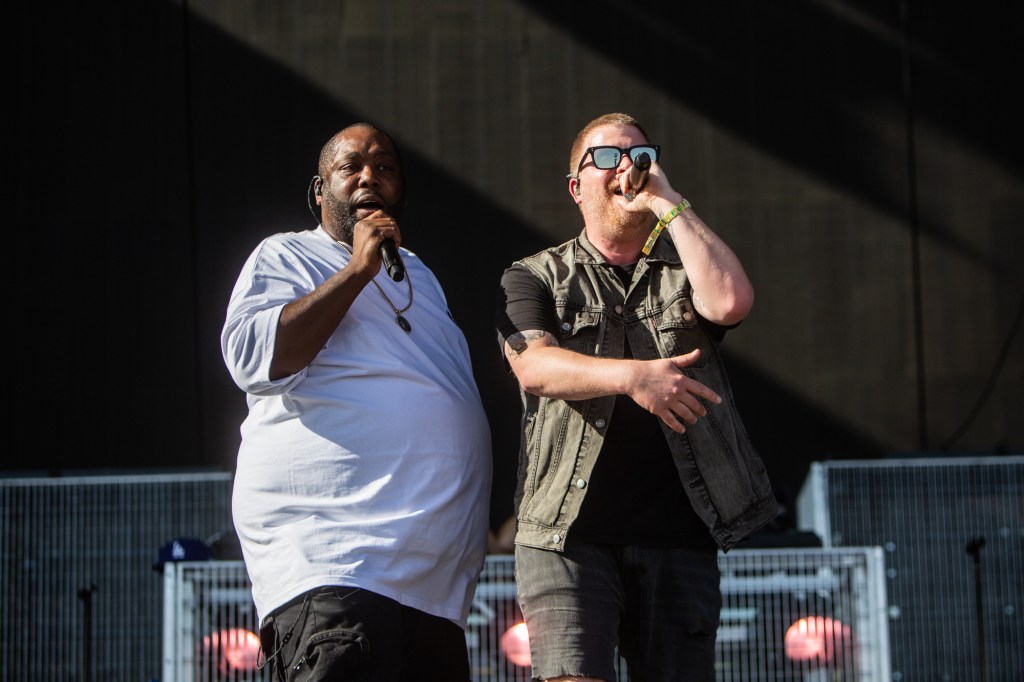 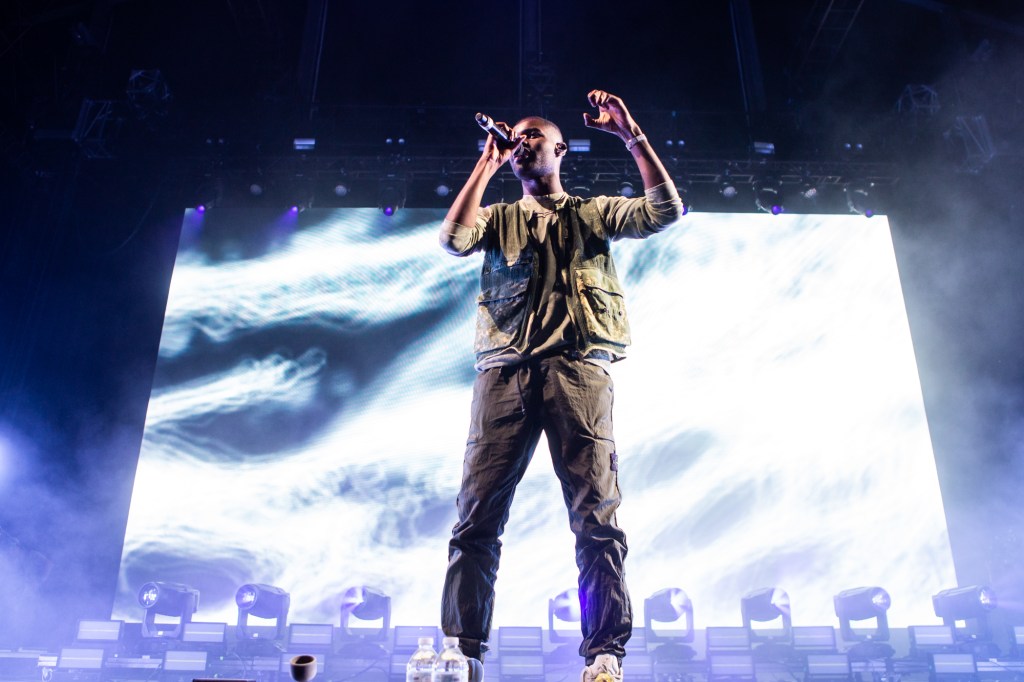